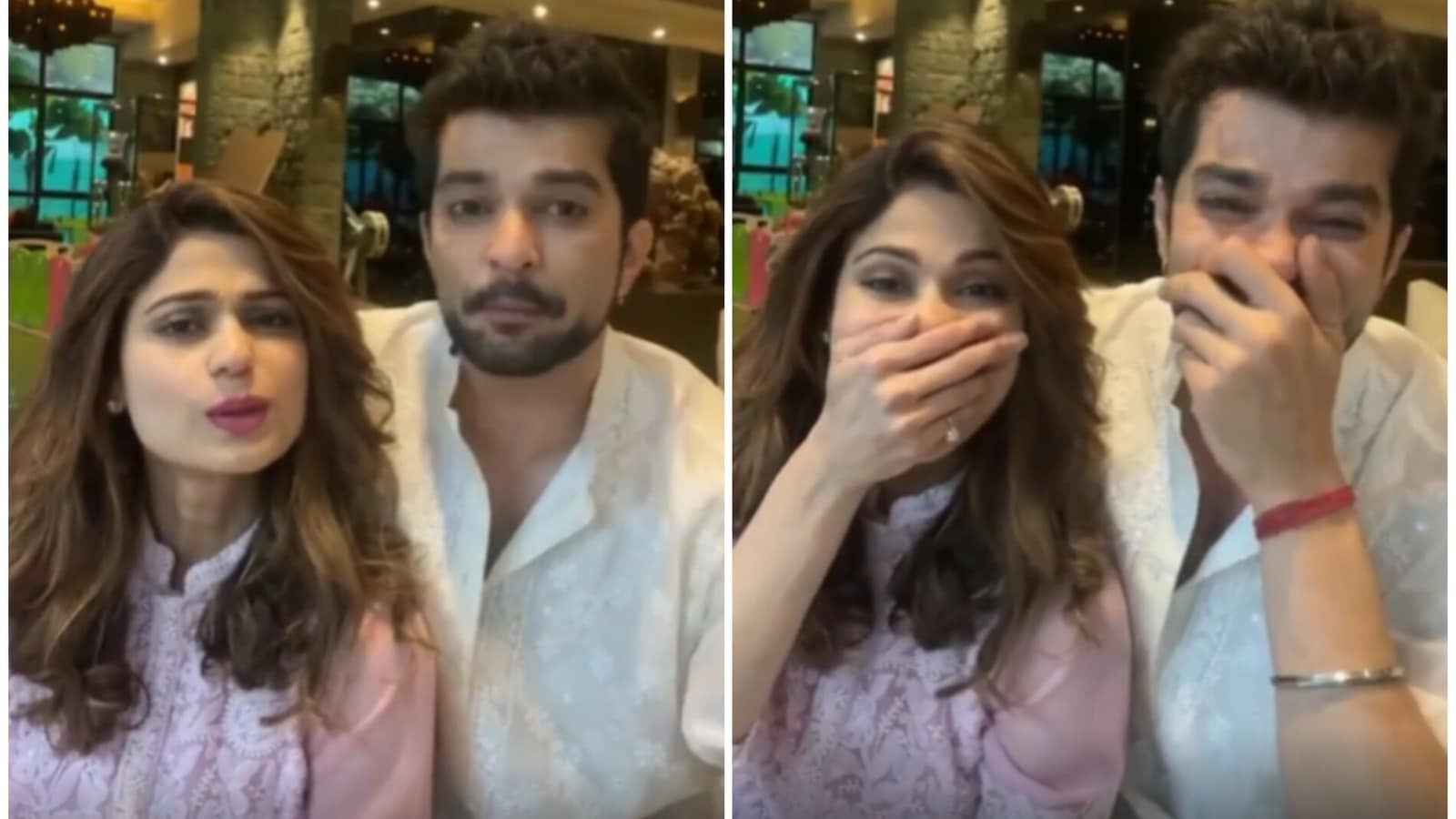 Shamita Shetty and Rakesh Babat came together for a live session on Instagram on Sunday, during which they answered questions from fans about their bond. In the Big Boss OTT the two developed feelings for each other and they were finalists.

One of the questions asked to Shamita is that she is very annoyed with Rakesh’s habit. Before she could answer, he teased, “Everything, I think.” She said, “I think you drink too much tea. The way is too much. You need to cut down a little on tea.”

Rakesh promised Shamita to cut down on drinking tea but not before trolling her for her ability to make tea. “I don’t want to drink black tea,” he teased. She replied, “I know how to make that atrak wali chai (tea with ginger), well! With those 1,001 spices going in. To let you know. I did it once for you. We karab karke rak thia tumne mera (you slandered me).

Shamita will soon be seen as a contender in Big Boss 15. Rakesh said he is still in the process of figuring out whether to be a part of the show. He also said that even if Big Boss is not inside the house with her, he will support her from the outside. “I will be her army outside, the odd army. # Shamita’s tribe,” he said.

Rakesh and Shamita were a ‘link’ in the Big Boss OTT and made headlines for their expressions of warmth, kissing and affection. On the show they developed feelings for each other and talked about wanting to explore their relationship now that they are out.

In an interview to Hindustan Times, Rakesh said that he and Shamita are not officially dating. “Before giving any kind of name to this bond, we want to get to know each other better. Let’s see, Q Sira Chera. I don’t want to rush anything, I’m sure she feels the same way,” he said.