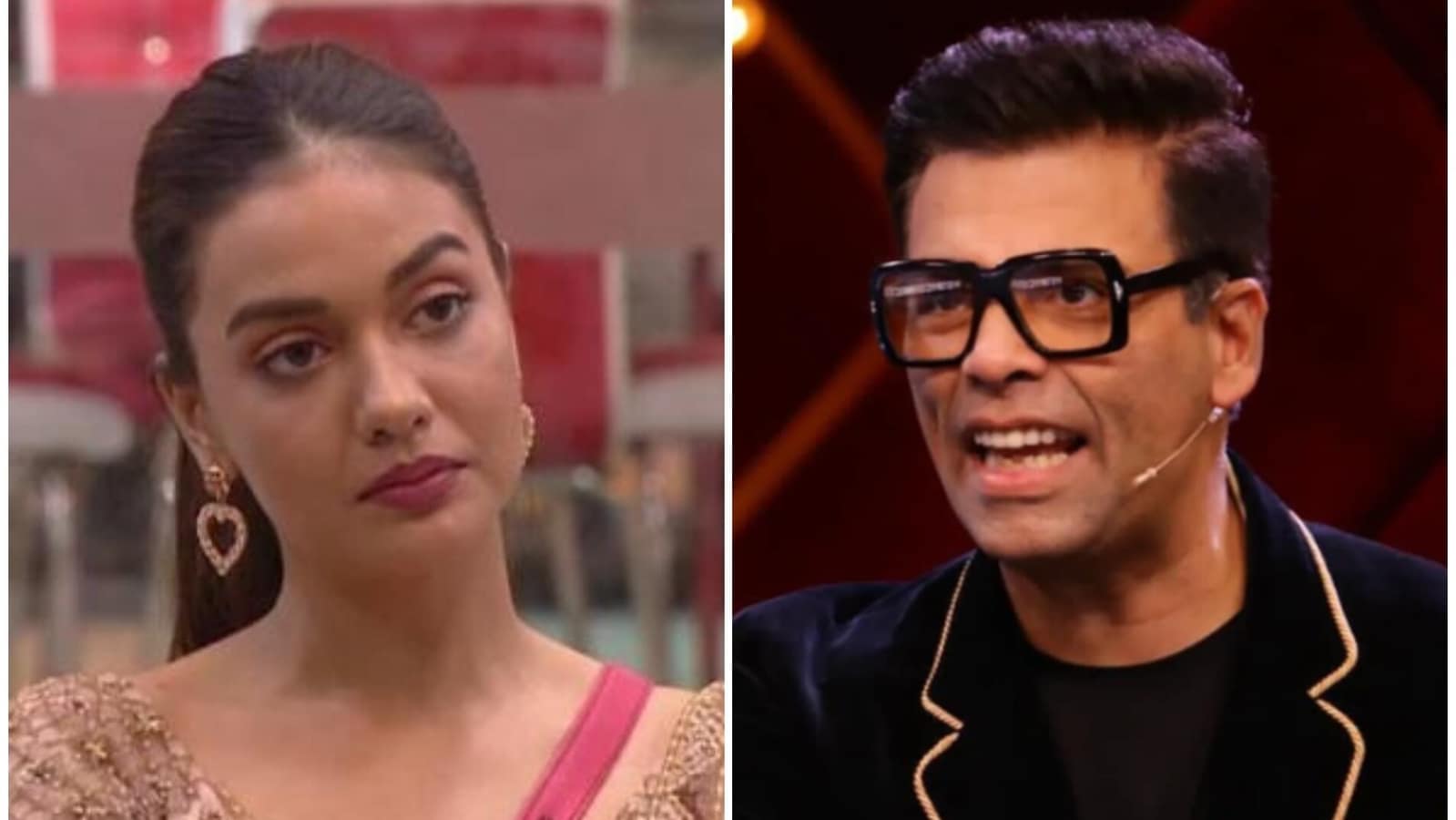 Bigg Boss OTT winner Divya Agarwal got off to a flying start with show host Karan Johar. In the first Sunday Ka War episode the two were engaged in a heated exchange, he pulled her in and reminded her that he was a competitor and that he was the host, and that he wanted to maintain the castle.

In a new interview, Divya was asked if she was afraid to rub Karan wrongly and thought it might affect her film chances. He said he is confident in his abilities as an artist and hopes that he will occasionally find work somewhere.

Speaking to radio presenter Siddharth Kannan, Divya said in Hindi, “I hope that as an artist I will not go hungry. Acting is my profession and I am interested in it. But I don’t need to express my interest only in Karan Johar film.

“Whether it is success or failure, I have nothing to do with how much my interest in people resonates. I do what I want. It doesn’t matter if it is a Karan Johar film or a regional film or a short film. If I want to capture someone and make a film, the audience can see it all. They will criticize me if I do not act, ”he added.

Divya said she knew it was ‘(her) true’ and ‘not wrong’ and, therefore, would never stop her from speaking. As the weeks went by, Karan tried to understand her and eventually even had ‘affection’ on her.

On Saturday, Divya defeated Nishant Bhatt and Shamita Shetty to become the first winner of Bigg Boss OTT. In an Instagram post, he said ‘he is so happy and all the love pouring in is respectable’. She reflected on her journey, even though it was ‘full of challenges’, she was more confident and focused. He also thanked his fans, family and friends for their support.