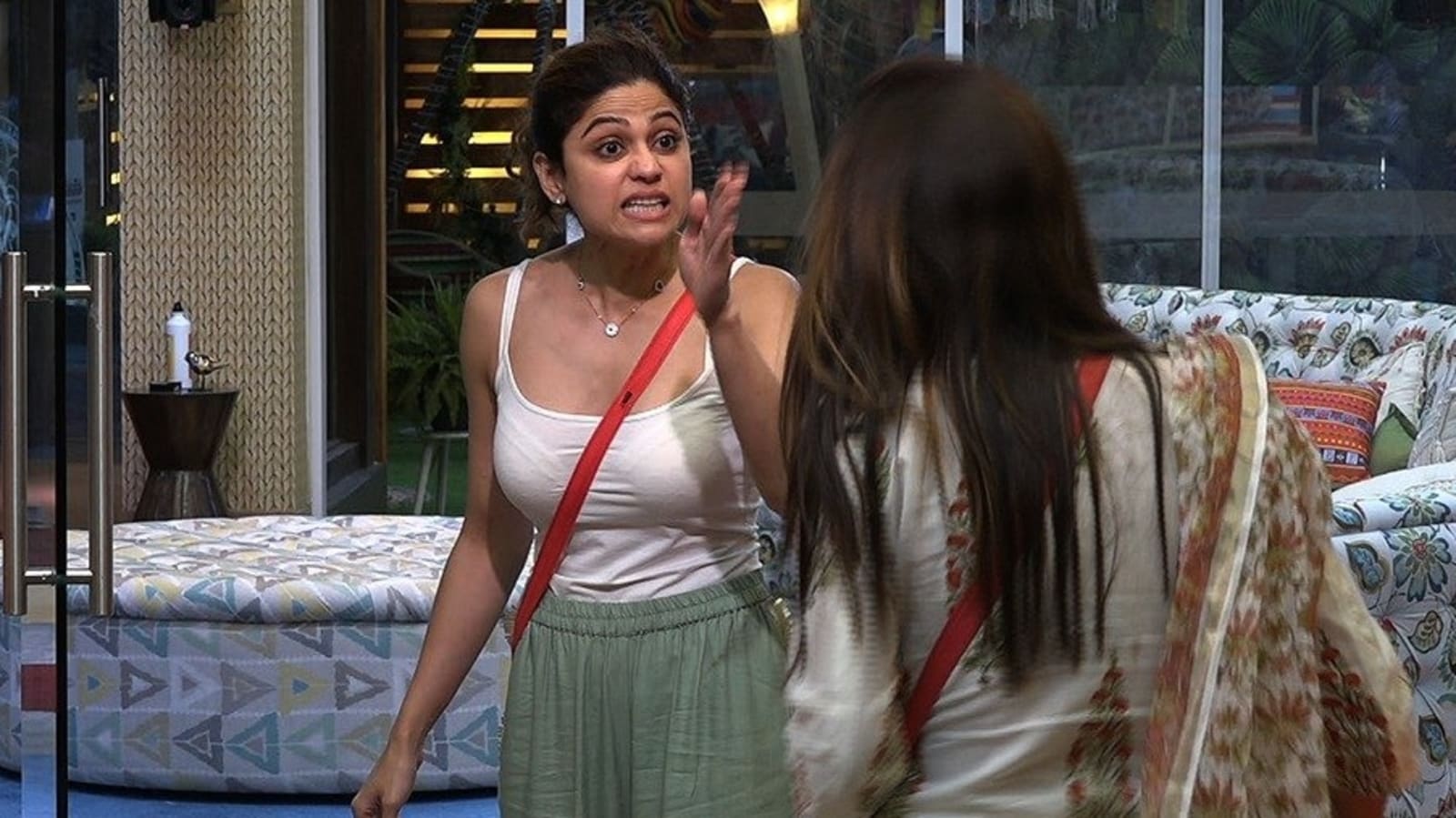 A new Bigg Boss OTT promo shared online by Voot has revealed that Divya Agarwal and Shamita Shetty are getting into an argument. The clip started with Divya Shamita telling that one cannot form an alliance by acting like a ‘chief’ and advising her to talk to people kindly. However, Shamita chose to ignore Divya and continued to cook with Neha Bhasin.

“you do not want to talk?” Divya asked, before shouting angrily, “Guys, I’m talking!” Then losing her cool, she grabbed a bottle and emptied its contents into the food before leaving.

Shamita exclaims that she does not care to talk to Divya, to which Divya replies that Shamita wants to talk to her during the tasks. “Simply kiya tha (I simply did it) to show my rachi(s) your true colours. “I’m not interested in talking to you,” Shamita gasped.

By the way, Divya and Shamita started Bigg Boss OTT as friends but they fell out. Both have said there is no room for reconciliation, and often dig for each other during Sunday Ka Vaar episodes with host Karan Johar.

Recently, Shamita got into a fight with Ragash after he said that he feels Divya and Nishant Bhatt support him. As Shamita warned Raqash not to trust Divya, he said, “You don’t have to respond like that all the time.” Ragash also accused Shamita of “disparaging” him and asked her to monitor her tone of voice while she was talking to him.

Read also | Bigg Boss OTT: Raqish Babat tells Shamita Shetty to “watch her tone of voice” while talking to him, kicks off after a fight. Watch