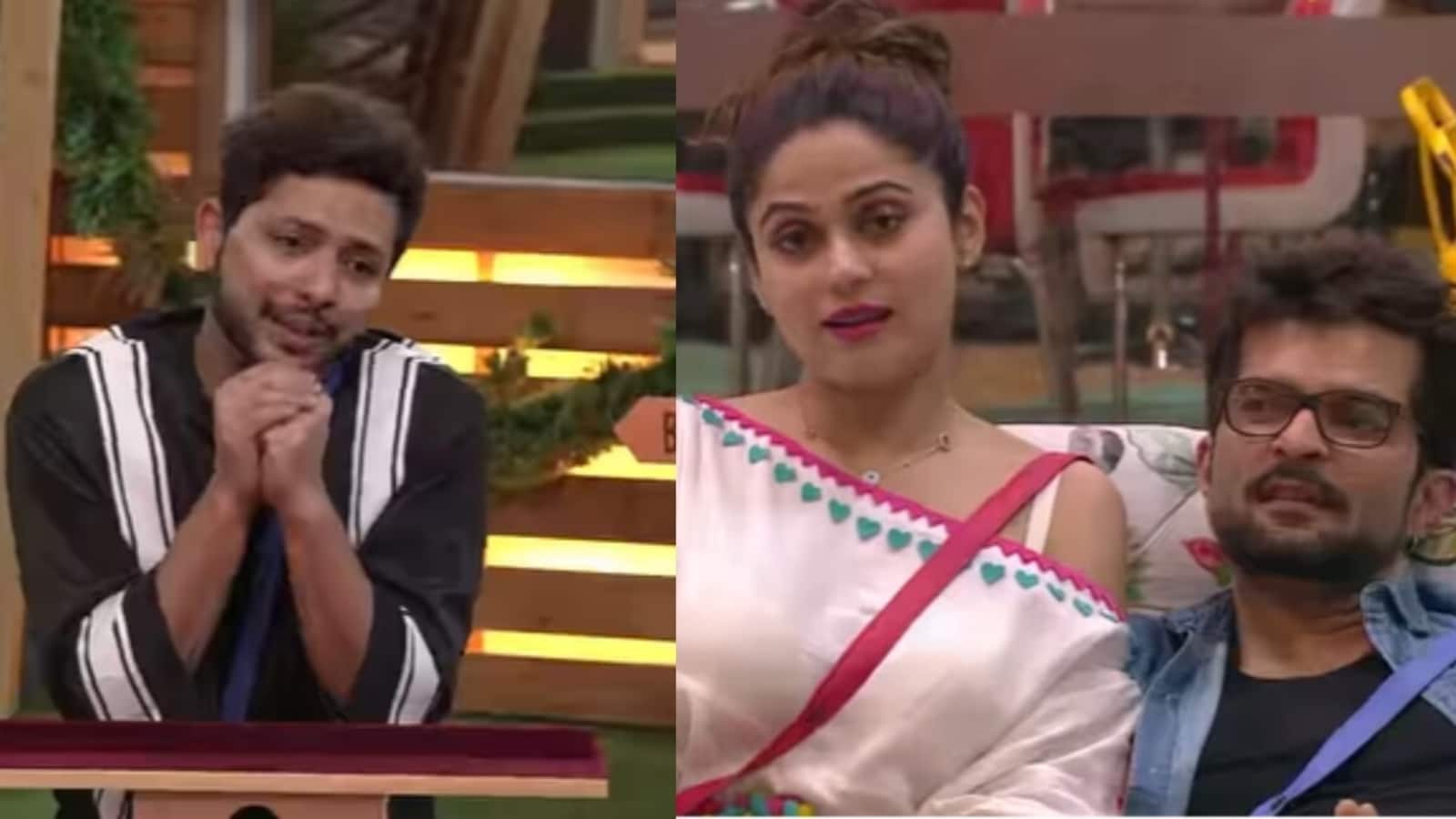 Divya Agarwal, Nishant Bhatt and Moss Jatana have come together and hosted the Bigg Boss OTT Awards. Seated in the open space of the house, the trio mocked their fellow Bigg Boss OTT contestants, who seemed to be busy with other tasks inside.

The clip, which Voot shared on Instagram, began by calling Divya Neha Bhasin as “Bi*** est person in the Bigg Boss OTT house.” Nishant imitated Neha and accepted the award on her behalf.

“Neha was the only reason behind everything she did in the BB house OTT,” Moss said in Hindi, pretending to be Prateik, leaving Divya in splits. Nishant also played a caricatured version of Neha. Divya then announced that Shamita Shetty is a “house snob”. Nishant moved forward to imitate Shamita as well, mocking her diet.

Shamita’s food restrictions have become the subject of fights multiple times over the Bigg Boss OTT. In the early days of the show, the actress said that she was on a specific diet due to her health conditions. However, it did lead to some arguments at home.

One such incident involved Akshara Singh, who was unhappy that Shamita was telling runners to stay away from gluten-free products, which were sent specifically for her and Neha Bhasin. According to a leading daily, Akshara mocked Shamita and accused her of having a star-studded vibe.

According to BollywoodLife, Shamita and Nishant have also been involved in a battle over gluten-free food.