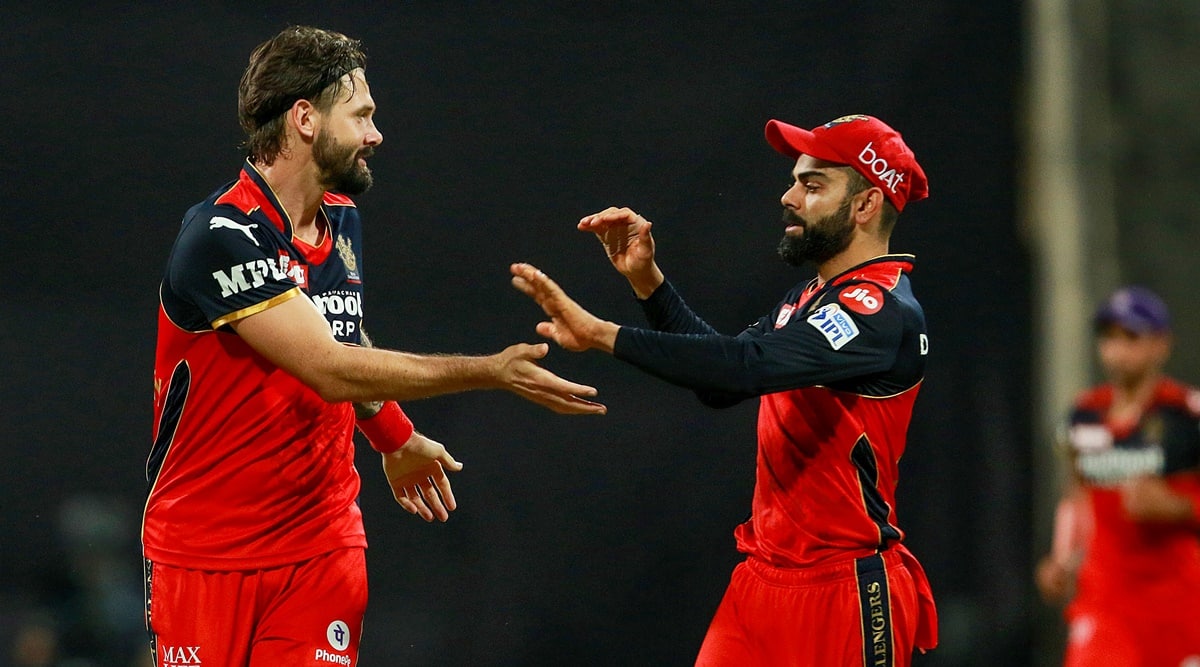 Foreign cricketers playing in the Indian Premier League (IPL) have been assured of travel arrangements to return home at the end of the tournament.

The BCCI has promised to take everyone home on the day Australian Prime Minister Scott Morrison says travel is not a priority for players in the IPL. On Tuesday, Australia announced that it was banning all flights in India until May 15 due to an increase in coronavirus cases.

In an email to the teams and players, the BCCI interim chief executive officer said the Board of Control for Cricket in India was in consultation with government officials to formulate travel plans for foreign cricketers when the tournament was over.

Over the past three days, three Australians have decided to leave the IPL early due to personal reasons. Nearly 320,000 Kovid-19 cases and 2762 deaths were reported in India on Monday.

An email from the BCCI sought to allay fears that foreign players would be trapped in India due to travel restrictions.

“We understand that many of you are worried about how you will get back home after the tournament. It is natural and understandable. We want to let you know that you do not have to worry. The BCCI will do everything to ensure that you reach your destinations smoothly.

“BCCI is closely monitoring the situation and working with government officials to make arrangements to take you home after the tournament. Make sure the tournament is over for BCCI until each of you reaches your home safely and securely,” Hemang Amin, BCCI interim chief executive officer, said in an email. And wrote to support staff.

Leg-spinner Adam Zampa, who is set to return home, told The Age and Herald on Tuesday that ‘terrible covid condition’, ‘bubble fatigue’ and ‘lack of motivation’ were the reasons he decided to return to Australia.

Mumbai Indians batsman Chris Lynn is the latest player to worry about returning home. He told News Corp Media about asking Cricket Australia to charter a flight to the players after the tournament was over. But the Morrison announcement and the travel ban do not guarantee that cricketers will fly back at the end of their respective IPL matches.

“They traveled there privately. It’s not part of the Australian tour. They are under their own resources and they also use those resources, I’m sure, to see them return to Australia on their own arrangements,” Morrison was quoted as saying by The Guardian.

‘The situation is so bad’

Royal Challengers Bangalore team’s teammate Kane Richardson and Rajasthan Royals’ Andrew Tie are two others who went to Australia before the travel ban was implemented.

“Apparently Kovid’s situation here is very dire. I just felt, rushing into training and stuff. Apparently, I’m not even playing on the team, I’m going to training and I’m not getting motivated,” Zampa told The Age and The Herald.

“[There were] A few more things like bubble fatigue and the chance to go home, all the news about flights once and for all. I thought this was the best time to make a call. “

A total of 35 Australians are part of the IPL, which includes 13 players, 11 coaches, four commentators, two umpires and four support staff.

In a statement on Tuesday, Cricket Australia said they were ‘having regular dialogues with players, coaches, match officials and commentators on the field in India’. “We will continue to maintain close ties with the Australian Government after announcing today that direct flights from India to Australia will be suspended until May 15 …”

An email from the interim CEO sought to justify the reasons for organizing the tournament as the second wave flooded India with record cases and deaths.

“When you play a sport, we all like it, you’re doing a very important job too. As some of you have said, ‘If we could help divert people from all the problems in recent times, even if it’s been a while, we’ve done a great job.’ When you all go on the field, you bring hope to the millions who have tuned in. If you could bring a smile to someone’s face, even for a minute, you’re well done.

Indian Beijing Olympics gold medalist shooter Abhinav Bindra wrote in The Indian Express that cricketers ‘need to realize how special they are to play in the IPL these days’.

The IPL is being held in six venues but in stages. The first tournament will be held in Chennai and Mumbai, while the second will be held in Ahmedabad and Delhi starting on Monday. Bangalore and Kolkata will host other venues and play-offs and the final in Ahmedabad. The league matches end on May 23, the qualifiers on May 25 to 28, the eliminator on May 26 and the final on May 30.