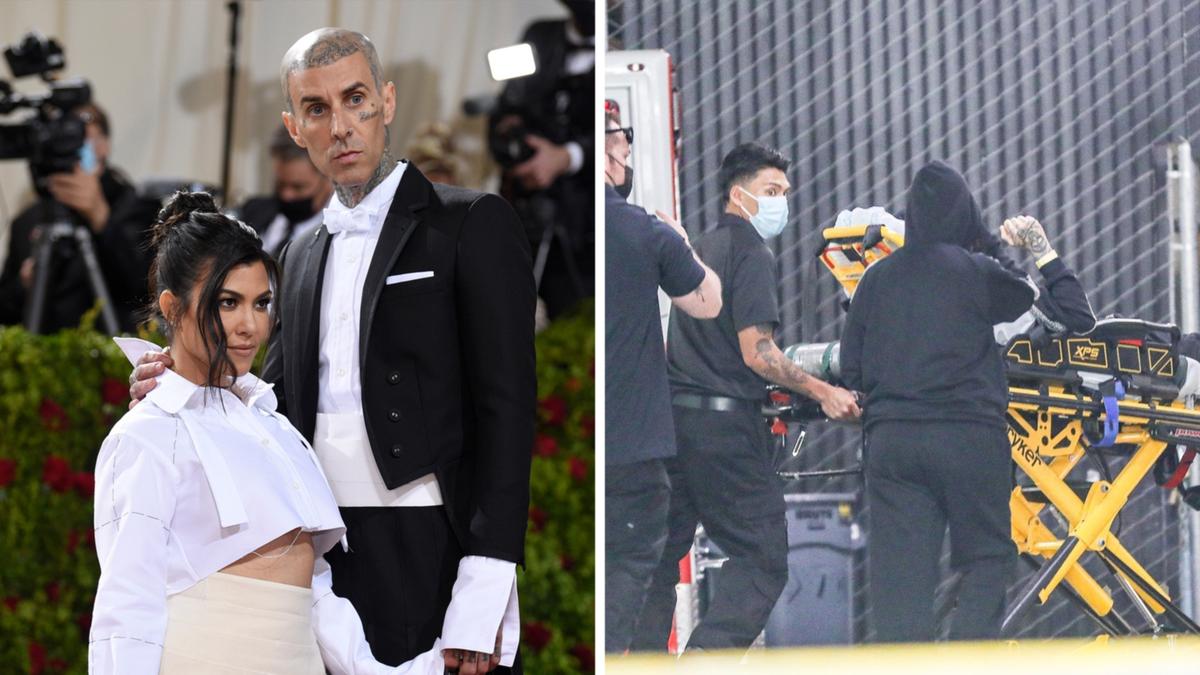 Travis Barker was reportedly hospitalized for pancreatitis triggered by a colonoscopy.

The 46-year-old Blink-182 drummer is still receiving medical care at Cedars-Sinai Medical Center, Los Angeles, California with his new wife, 43-year-old Kourtney Kardashian, by his side.

According to TMZ, Barker’s doctors believe his pancreatitis was “triggered” by a recent colonoscopy, with sources telling the site that the musician recently underwent the invasive exam.

The site says that “multiple sources connected to the family” confirmed the cause of her medical emergency.

A source also told Entertainment Tonight, “Travis was sick and had severe pain in his abdomen and it really worried him and Kourtney. They called 911 and he was rushed to the hospital. After speaking with Travis and running various tests, the doctors said that Travis is suffering from pancreatitis.”

Colonoscopies are usually done to look for changes in the large intestine, such as swollen and irritated tissues, polyps, or cancer.

In extremely rare cases, the routine exam can cause inflammation of the pancreas, which usually requires hospital treatment and can last from days to years, with symptoms including upper abdominal pain, nausea, and vomiting.

It comes after Barker was taken to West Hills Hospital on Tuesday (06.28.22) before being transferred to Cedars Sinai.

He was photographed being wheeled into the facility after tweeting: “God save me” at around 10:45am local time on Tuesday.

The daughter of Barker, Alabama, took to her Instagram Stories to ask fans of the drummer to “send your prayers” along with a sad emoji.

She also posted a now-deleted image of herself holding her father’s hand as he lay in a hospital bed, captioning the photo, shared on TikTok: “Please say a prayer.”

It comes weeks after Barker and the Kardashian mother-of-three, who has children Mason, 12, Penelope, nine, and Reign, seven, with ex-partner Scott Disick, 39, married in Portofino, Italy.

They initially tied the knot in May after practicing their nuptials in Las Vegas in March, before holding the third ceremony for family and friends in Italy.