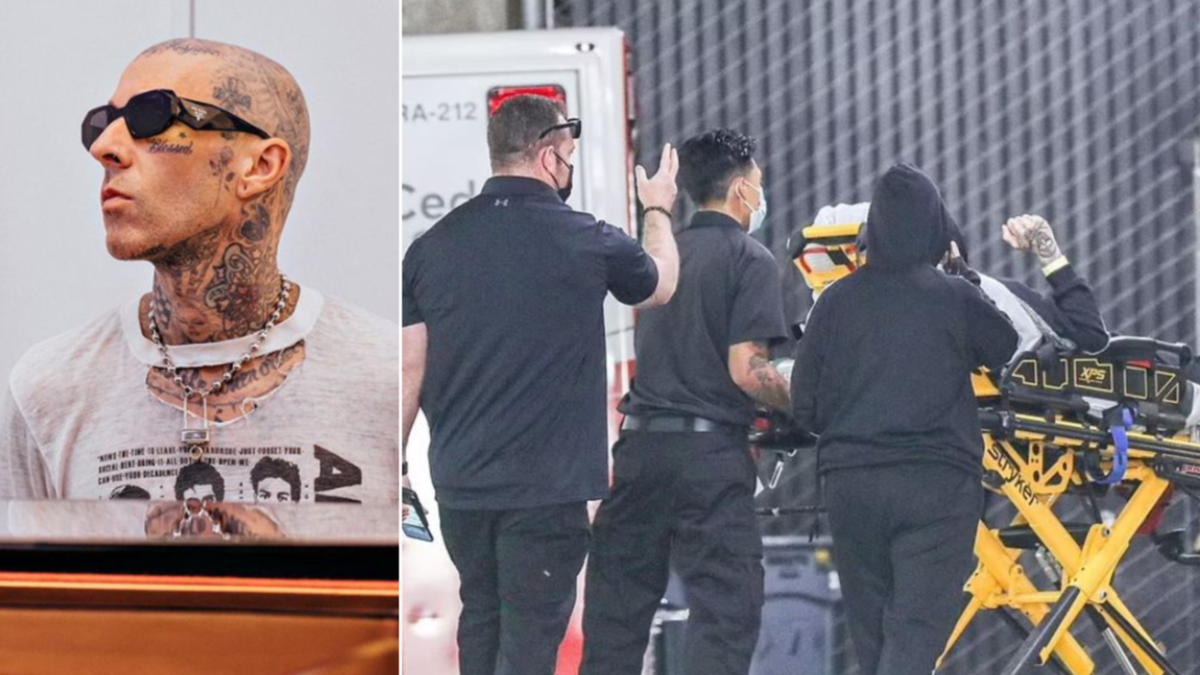 Travis Barker’s daughter has posted a worrying photo of the Blink 182 drummer, hours later it was learned that he had been taken to hospital.

His sixteen-year-old daughter Alabama posted a photo on TikTok of Barker’s hand clutching hers in a hospital bed.

WATCH THE VIDEO ABOVE: Travis Barker was taken to the hospital

“Please say a prayer,” she captioned the photo, which shows a drip coming from Barker’s arm.

The 46-year-old rocker, who is married to kourtneykardashian, he was taken to the hospital with an undisclosed illness.

Earlier in the day, he sent out a troubling Tweet that simply read, “God save me.”

Earlier, Alabama, her daughter with ex-partner Shanna Moakler, posted a short message on her Instagram Stories that read, “Please send your prayers.”

A spokesperson for the West Hills Sheriff’s Station confirmed to Sun on Wednesday that no 911 calls were made from the celebrity couple’s home on Tuesday.

Barker was then taken to Cedars-Sinai Medical Center by ambulance and was photographed on a gurney with his hand in the air.

Kardashian was photographed with him wearing a black hoodie and sweatpants.

In the recent photo from Alabama, Barker appears to be conscious as he can be seen holding a cell phone in his other hand.

The medical drama is not Barker’s first.

In August 2021, he reportedly flew on a plane for the first time since surviving a deadly plane crash in 2008.

Barker was on a business plane to Van Nuys, California, when it crashed, killing his security guard, Charles Still, and assistant, Chris Baker, as well as the two pilots.

Barker was critically injured, with third-degree burns to 65 percent of his body.

In 2015, Barker revealed that spending months in the hospital, enduring countless surgeries and skin grafts after the accident, took a toll on his mental health and he contemplated ending his life.

“I stayed in burn centers for the next four months,” he said. ABC News at the time, adding, “That feels like hell.”

The father-of-two said visits from his children finally brought him out of the dark place.

In June 2021, Barker announced that he was considering a return to air travel after more than a decade, tweeting, “I might fly again.”