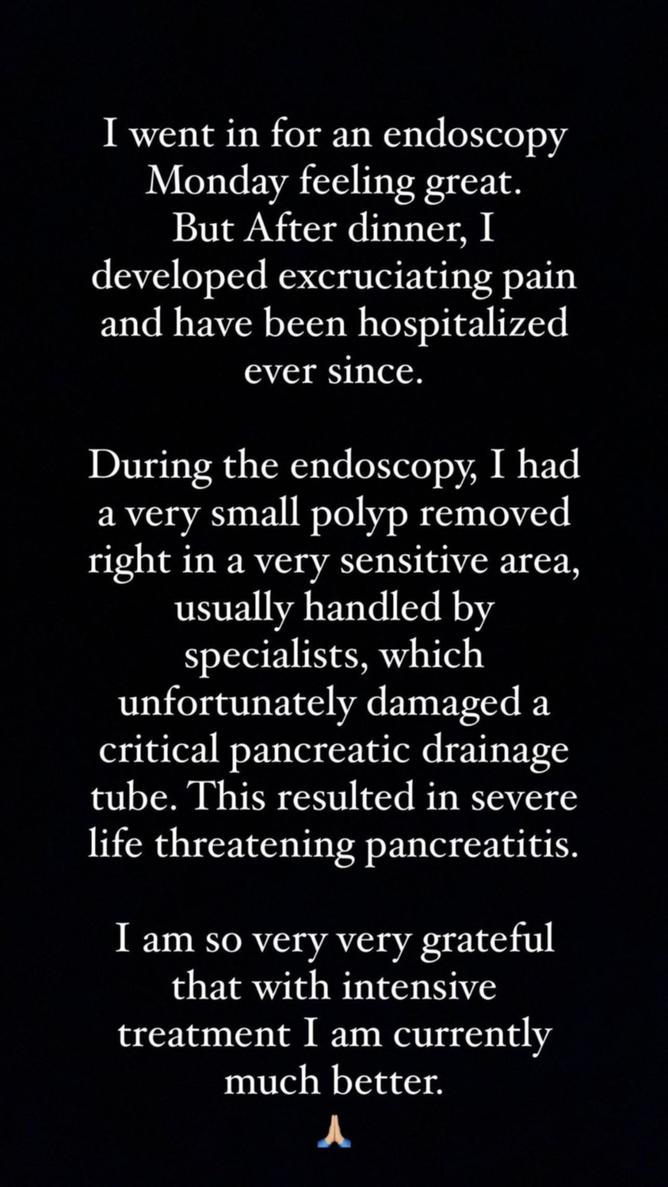 Just days after he was photographed on a stretcher being wheeled to the hospital, Blink 182 drummer Travis Barker thanked doctors for saving his life.

The newlywed, who married new wife Kourtney Kardashian in May, took to social media to confirm reports of his hospitalization.

“I went in for an endoscopy on Monday feeling great. But after dinner I developed excruciating pain and have been hospitalized ever since,” she revealed via his Instagram Stories.

“During the endoscopy, I had a very small polyp removed right in a very sensitive area that is usually handled by specialists, which unfortunately damaged a critical pancreatic drainage tube.

“This resulted in severe, life-threatening pancreatitis.”

The rocker said he was “very, very grateful” for his treatment and that he is “much better.”

His reality star wife also released her own statement after remaining quiet for the past few days.

“Oh what a scary and emotional week it has been. Our health is everything and sometimes we take for granted how quickly it can change,” she wrote.

“Travis and I went in for a routine endoscopy together and he ended up with severe, life-threatening pancreatitis.

“I am very, very grateful to our specialists, doctors and nurses at Cedars Sinai for taking such wonderful care of my husband and I during our stay.”

It had previously been reported by E! News that Barker had been hospitalized with pancreatitis.