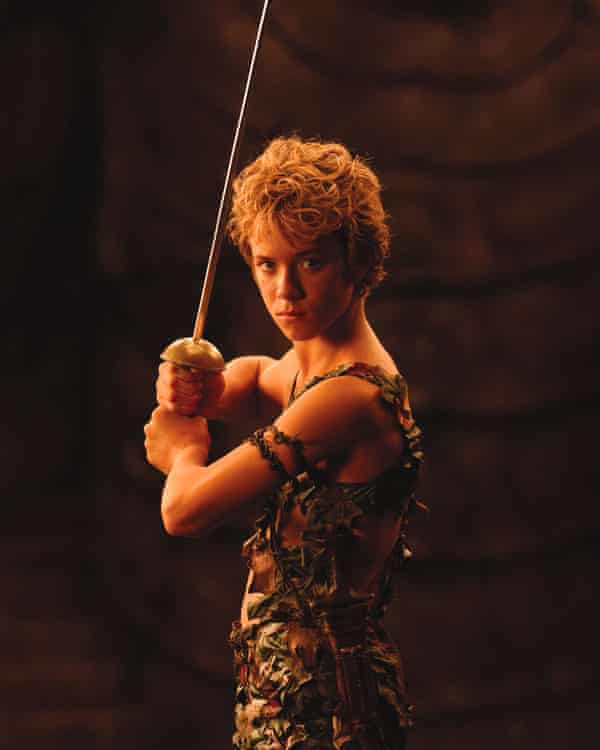 All the children grow up, except one. And nearly 20 years since this adaptation was released, PJ Hogan’s Peter Pan movie still charms the young man in all of us.

Since its origin, first as a play in 1904, then as a novel in 1911, the JM Barrie story has had many iterations on screen. From the 1953 Disney animation, to the point-of-view retellings of Wendy, Tinkerbell, and even a grown-up Pan, it’s Hogan’s 2003 live-action film that is perhaps the most underrated adaptation. Equally gratifying, Finding Neverland (2004), which followed soon after, brought Barrie’s influences and inspiration to life.

With so many versions of Peter’s story, most of us are familiar with the story by now, but: One snowy night in London, while Mr. Darling (Jason Isaacs) and Mrs. Darling (Olivia Williams) attend a lavish party, Peter Pan (Jeremy Sumpter) is on a mission to rescue his shadow from the Darling nursery. With his fairy Tinkerbell in tow, he meets Wendy (Rachel Hurd-Wood), the oldest of the Darling children, who is quickly charmed by Peter’s stories of lost children, pirates and the promise of learning to fly. Facing the prospect of soon becoming a woman and beginning instruction with her scrupulous aunt Millicent, Wendy wakes up her brothers Michael and John. Together they fly out the nursery window, “second to the right, and straight on until morning”, to a place where children never grow up: Neverland.

Bouncing through pink, fluffy clouds, Neverland blooms with life as Peter Pan returns with his new recruits, but their arrival reignites his long-running battle with Captain Hook (also Isaacs) and his crew. The Darling children must soon face the villains of their bedtime stories, their sword skills honed in childhood battles.

Reviewing this 2003 film, you might expect its special effects to seem dated, but Tinkerbell’s pixie dust, Pan’s shadow (sometimes playfully independent of her master), and crocodiles are still as real as they are imagined on screen. The dialogue is rhythmic and whimsical, and the twinkle in the eyes of the entire cast only adds to its enduring quality.

Isaacs, well known for his wickedness as Lucius Malfoy in the Harry Potter movies, doubles splendidly as uptight Mr. Darling and commander Captain Hook. As a bank clerk hoping to climb the ladder, Mr. Darling struggles to master the art of small talk, while Hook hopes to be the master of it all (before chants of “old, lonely, done” force him to take the plank).

And at just 13 years old, Jeremy Sumpter as Peter Pan gives a breakout performance, navigating the love, jealousy, pain and joy that come with never growing up. His chemistry with Hurd-Wood as Wendy makes his innocent love story feel authentic, and his replica with Isaacs as Hook shows a talent beyond his years.

Seeing Peter Pan as a child growing up in Australia, the Darling house was almost as magical as Neverland. Why would you want to leave? Snow fell on the streets of Edwardian London, Mrs. Darling’s glow was lovely, and the children had a boisterous St. Bernard, Nana, as nursemaid, who cajoled them into bath time.

Enhanced by a soundtrack by composer James Newton Howard, this adaptation combines the terrors of a children’s adventure story, from sinister mermaids to poisoned drugs, with enough comic relief to keep a smile on your face. This Peter Pan is so good that he gives you goosebumps; so much so that you might find yourself singing, “I believe in fairies, I believe, I believe” at the end.