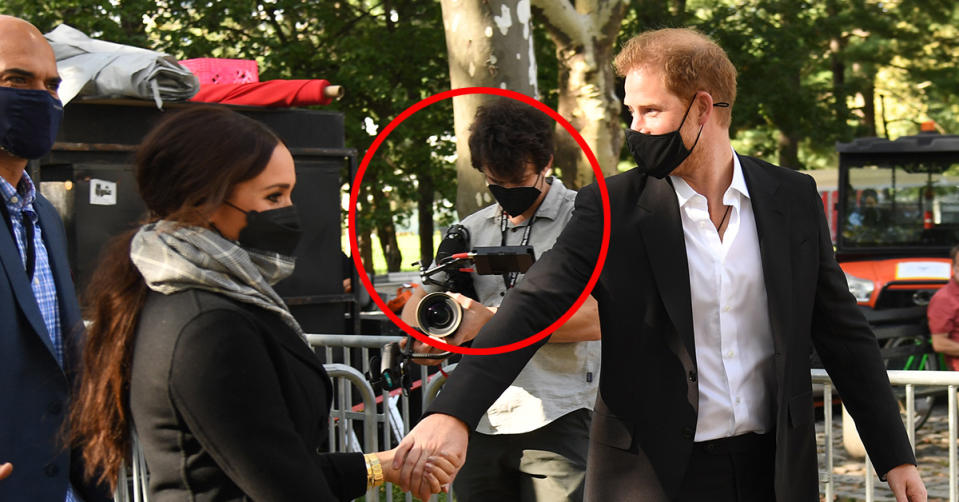 Prince Harry and Meghan Markle have hired an Oscar-nominated director to help them create a Netflix documentary series.

The Duke and Duchess of Sussex are working with Liz Garbus to create the series, which they have been working on for more than a year, according to page six.

Liz was seen with the couple last year in September during their trip to New York City with a small camera crew hiding their gear to keep the project secret.

Harry and Meghan attended a red carpet gala honoring veterans at the USS Intrepid in Manhattan, then a luncheon at Joint Base McGuire-Dix-Lakehurst in New Jersey.

Liz was seen with her colleagues hiding camera equipment under coats and bags at one point, and the team was also seen with the couple in a van on the way to the gala.

The director is an outspoken leftist and has been outspoken about abortion rights after the Supreme Court overturned Roe v Wade.

However, the royal family is not expected to discuss issues of a political nature, but since Harry and Meghan are no longer senior members of the royal family, they have been increasingly heard speaking out on progressive issues such as climate change.

Liz’s work has been primarily in the world of true crime documentaries, but she also earned an Emmy nomination for her work on The Handmaid’s Tale last year.

It comes after Harry reportedly left the royal family “absolutely furious” with him after the Queen’s Platinum Jubilee.

The Mirror’s royal correspondent Russell Myers appeared on the Today show to discuss the relationship between the Duke and Duchess of Sussex and the rest of the royal family.

“Harry was giving an interview just a couple of weeks ago when he was at the Invictus Games,” Russell said. “It was all, some kind of weird language, he was there to protect the Queen and these things aren’t going too well.

“Whether [their relationship] it needs to be repaired, so there needs to be a little more water under the bridge.”

Richard and Russell agreed that the couple might be trying to “have their cake and eat it too.”

“If Harry is looking for something bit by bit, then he was a long way from that,” Russell added. “The people I talk to, the Palace every day, who [are] obviously very well connected with the top players, so to speak. They are still absolutely furious.”

“You can’t go on, you know, an international TV interview with Oprah Winfrey, complaining about the treatment you get from the family and then wanting to sit down with them when you’re still doing interviews,” he added.