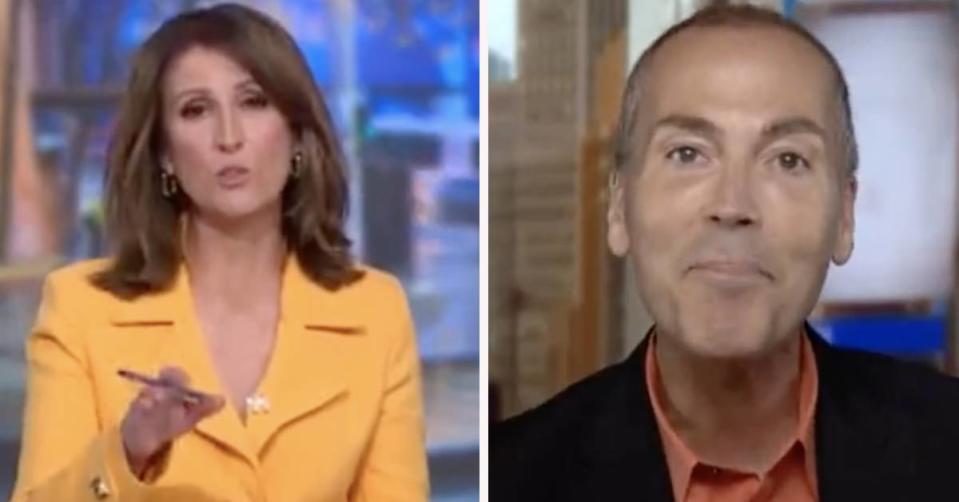 Sunrise Showbiz correspondent Nelson Aspen shocked viewers when he left the live broadcast after working more than 19 years on the breakfast show.

Appearing on the show on Friday for his regular entertainment segment, Nelson said he was giving his two weeks’ notice.

“After 19 and a half years with Sunrise, so Nat and I can identify how long that is… I’m giving you my two weeks notice, I don’t want it to be too exaggerated. I’ll give you two weeks,” she said.

Nelson announced that he would be stepping down to finish his new book, Your home is your castle which comes out in September.

“I’m going to show you how to make your new home or how to flourish where you’ve already planted,” he said.

He then said he would go on a book tour and visits to some Australian cities.

“And in the meantime, you have me for two more weeks and I’m always on social media,” he said.

Nelson added that they would have a send-off on July 15, which will include a look back at their time on the show.

“Nelson, it’s been a wonderful ride, we’re going to miss you, but this is not goodbye, because we have two weeks to say that,” he said.

No word yet on who is tipped to take over Nelson’s showbiz job.

Nelson has been nominated five times by the Publicists Guild of America and was awarded International Media Journalist of the Year in 2020.

Posting on Twitter after the announcement, Nelson said it was “bittersweet.”

Fans also expressed their sadness that they would no longer see Nelson in their living rooms.

“You are simply the best Nelson, Australia really loves you,” wrote one.

“One of the few reasons I watched Sunrise. We’ll miss you Nelson. Best of luck.” [with] your next adventure,” said another.

“I’ve watched you the full 19 1/2 years! I’m sad to hear you’re leaving, but I wish you nothing but happiness and success in your next chapter,” a third added.