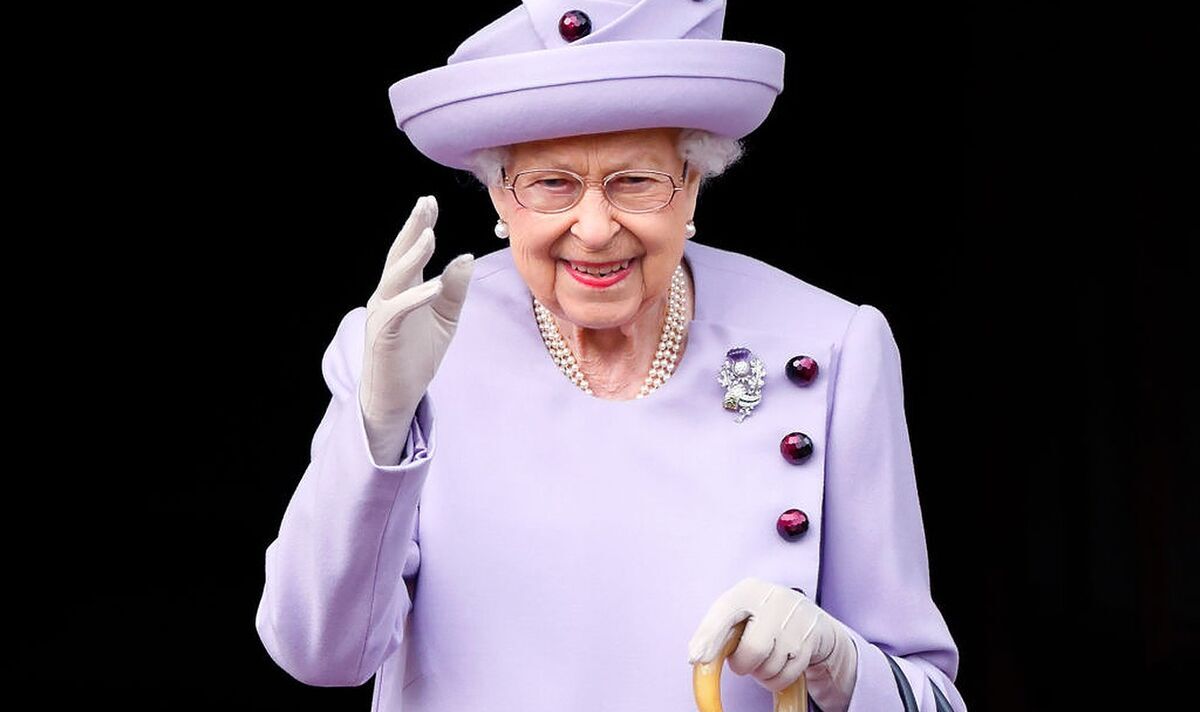 Her Majesty traveled to Scotland for a series of royal engagements as part of Holyrood week. Buckingham Palace had previously said that the Queen, who has been experiencing mobility problems in recent months, might not make the trip.

However, royal fans were delighted on social media by images of the sovereign getting off the train in Edinburgh unassisted.

One Twitter user wrote: “What an amazing smile, Your Majesty.”

Another added: “Happy and glorious in Scotland.”

Another user chimed in: “Doesn’t our Queen look wonderful?”

A fourth commented: “It is wonderful that the Queen is in Edinburgh today looking as regal as ever. Well done, Your Majesty. May she reign over us for a long time.”

On Instagram, royal fans could hardly contain their excitement.

Instagram user georgetriantaris said: “The queen looks wonderful. She must be happy to be in Scotland.”

During the ceremony, the Lord Provost symbolically handed over the keys to the Scottish capital to the Queen.

In keeping with tradition, he returned them and entrusted their safekeeping to the city’s elected officials.

On Tuesday, the monarch attended an armed forces ceremony in the gardens of the Palace of Holyroodhouse.

The event saw members of the armed forces parade in front of the Queen as part of the presentation of the key to Edinburgh Castle.