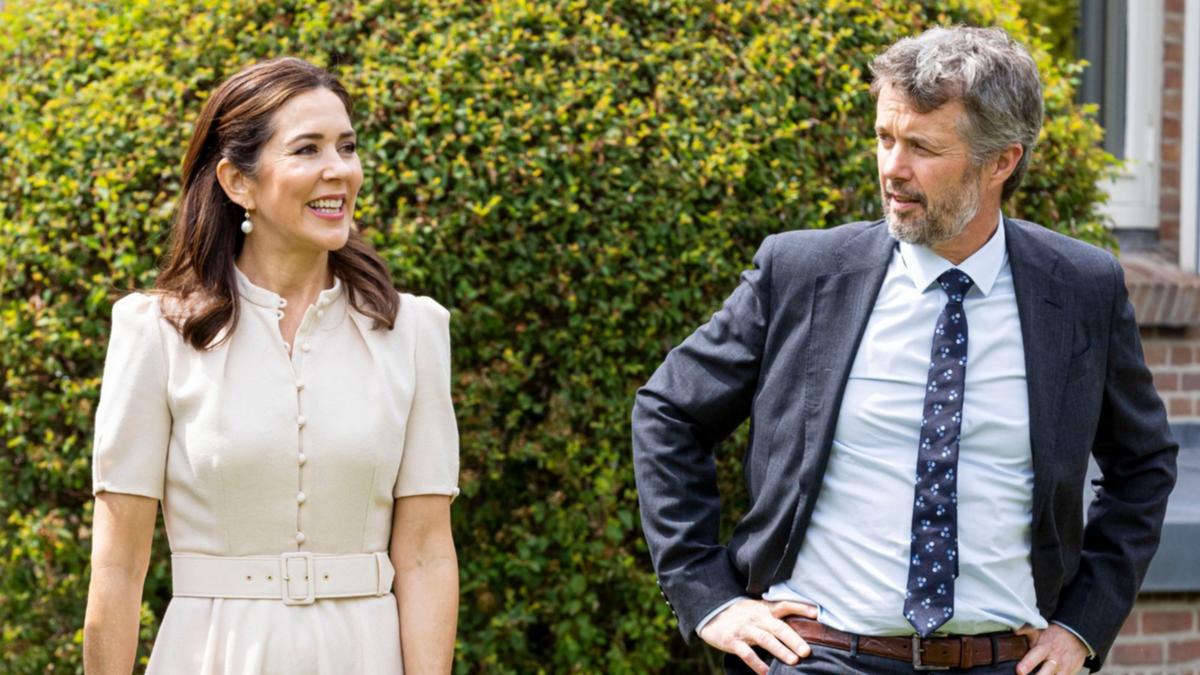 Crown Prince of Denmark Frederik and born in Australia princess mary They have decided to remove their eldest son, Prince Christian, from his boarding school after he was rocked by a bullying scandal.

The royal couple announced the move following reports of abuse at Herlufsholm School, one of the country’s most elite boarding schools.

WATCH VIDEO ABOVE: Princess Mary and Prince Fredrick leave for the Netherlands

The duo acted after the publication of a preliminary decision by the Danish National Agency for Education and Quality which issued “particularly harsh criticism” of the school.

“As we have said before, we are deeply shocked by the reports that have recently emerged about Herlufsholm,” Mary and Frederik said in a statement.

“We have also made it clear that as parents of a child at the school, we expect the school to do what it needs to do to rectify unacceptable conditions.

“The information in the newly published preliminary decision of the National Agency for Education and Quality directs a particularly harsh criticism of a state authority against Herlufsholm and raises demands on the school at various levels, including the leadership level.”

Along with 16-year-old Christian, second in line to the Danish throne, his 15-year-old sister Isabella would also attend Herlufsholm boarding school.

That will no longer happen.

“The question about our son Christian and daughter Isabella’s choice of school has been very important to us, and the unfortunate matter has generated many strong opinions in the public,” said Mary and Frederik.

“That is completely understandable when it comes to the well-being of children and young people.

“At the same time, it has been important to maintain our basic idea that important decisions must be made on an informed basis. Now we have that base.

“It has been a difficult process for us as a family, but based on the big picture and our special position as the Crown Prince’s Couple, we have chosen to have Prince Christian stop at Herlufsholm and Princess Isabella not start in ninth class at school after the summer holidays.

“During the summer, we, together with our children, will make a decision about their future choice of schools.

“With thoughts of the many students who will continue at Herlufsholm, we hope that the school will now have more peace to ensure the necessary changes and succeed in creating a culture where everyone thrives and feels safe,” the statement concluded.

‘We support your high school choice’

Christian started his studies in August 2021 at the boarding school 80 km from Copenhagen.

In August, when Prince Christian started at Herlufsholm, he posed on the grounds with his proud parents.

Prince Christian is the first future king to attend the school, but the Danish royal family has previous ties to the institution.

According to Princess Mary, Prince Christian chose Herlufsholm himself after finishing his studies at Tranegårdskolen in Gentofte, where he attended grades 1-9.

“We support her choice of high school,” the Australian-born princess told local media in August.

But an explosive documentary, aired in May, revealed allegations of “systematic bullying” and a “culture of abuse and violence” at the school.

One former student explained that it was “normal practice for older students to hit younger ones.”

Staff were also reported to have turned a blind eye to ongoing incidents.

The documentary looked at the “violence and rapes” that had allegedly taken place in Herlufsholm over the last 30 years.

The school has announced the launch of an “independent investigation” on its website.

After the broadcast of the documentary, Prince Frederik and princess mary issued a statement on the “heartbreaking” accusations.

“As parents of a child going to Herlufsholm, we are deeply shocked by the testimonies that appear in the current documentary about the school,” they said.

“It is heartbreaking to hear about systematic bullying and the culture of abuse and violence that many have been a part of,” the statement said.

“That is completely unacceptable.”

The couple ended the message with a call to action, demanding changes.

“As parents, we hope that the school will effectively ensure a culture where everyone is safe and part of the community, and moving forward we will pursue changes that are obviously necessary.”

The report led to the dismissal of the school principal and planned reforms.

Over the weekend, the entire management resigned in response to a critical report from Denmark’s education authority that threatened to demand reimbursement of state funds.

Herlufsholm has until August 8 to respond to the report.

– with the German Press Agency