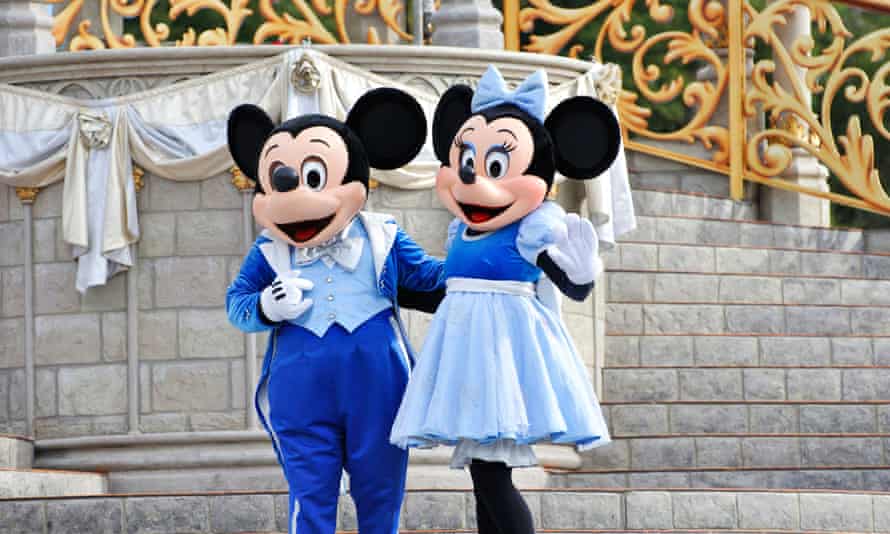 As a result of US copyright law, entertainment giant Disney could soon lose exclusive rights to some of the characters most responsible for the brand’s universal recognition, including the mouse that acts as its mascot.

Mickey Mouse will enter the public domain in the year 2024, nearly 95 years after his creation on October 1, 1928, the period of time after which copyright on an anonymous or pseudonymous body of artistic work expires.

Daniel Mayeda is the associate director of the Documentary Film Legal Clinic at UCLA School of Law, as well as a longtime media and entertainment attorney. He said that copyright expiration does not come without limitations.

Mickey Mouse first appeared in the black and white cartoon Steamboat Willie. The cartoon pioneered animation for its use of synchronized sound, where movements on the screen correspond to music and sound effects, launching one of the most recognizable images in film and television.

According to the National Museum of American History: “Over the years, Mickey Mouse has undergone several transformations in his physical appearance and personality. In his early years, mischievous and mischievous Mickey looked more like a rat, with a long pointed nose, black eyes, a small body with spindly legs, and a long tail.”

While this first iteration of Mickey as a rat will be stripped of its copyright, Mayeda said that Disney retains its copyright on any subsequent variations in other films or artwork until they hit the 95-year mark.

Other characters have already passed into the public domain: with unpredictable and somewhat shocking results.

Honey-loving bear Winnie the Pooh of the Hundred-acre Woods and most of his animal friends entered the public domain in January of this year and some have wasted no time capitalizing on the beloved characters.

Actor Ryan Reynolds made a playful nod to the now free-to-use Winnie the Pooh in a Mint Mobile commercial. In the ad, Reynolds reads a children’s book about ‘Winnie the Screwed,’ a bear with an expensive phone bill.

More ominously, Pooh and his close friend Piglet are now the stars of Winnie the Pooh: Blood and Honey, an upcoming horror film written and directed by Rhys Waterfield, in which the two embark on a bloody rampage of murders. after being dumped by his old friend, Christopher Robin.

Mayeda said it’s important that artists like Waterfield don’t cross the line when it comes to creating new works based on old characters. Certain aspects of a character that the general public recognizes as part of the Disney brand are prohibited for artists who wish to make use of copyright expirations. If a particular work confuses the public into thinking it’s actually affiliated with Disney, there could be significant legal consequences.

They have successfully extended their term for Mickey et al, but I doubt they will be able to get any further extensions. I think this is going to be the end of the line.

“Copyrights have a time limit,” Mayeda said. “Trademarks are not. So Disney could essentially have a trademark in perpetuity, as long as they continue to use various things as a trademark, whether it’s words, phrases, characters or whatever.”

Disney may still maintain trademarks on certain catchphrases or signature outfits worn by the characters, such as Pooh’s red shirt, which Waterfield intentionally avoided wearing in his film.

In an interview with Variety, Waterfield said: “We have tried to be extremely careful. We knew there was a line between that and we knew what their copyright was and what they had done. So we did everything we could to make sure [the film] it was only based on the 1926 version. No one is going to confuse this [for Disney]. When you see the cover of this and you see the trailers and the stills and all that, there’s no way anyone would think this is a kid version.”

Disney still retains the exclusive rights to the bouncing tiger, Tigger, for another year, as his first appearance wasn’t until 1929 in The House at Pooh Corner, the series of stories written by Winnie the Pooh creator AA Milne.

Hawley said: “The era of Republican handouts to big business is over. Thanks to special copyright protections from Congress, awakening corporations like Disney have made billions while increasingly pandering to awakening activists. It’s time to take away Disney’s special privileges and usher in a new era of creativity and innovation.”

“It has no chance of passing,” Mayeda said, referring to Hawley’s copyright clause restoration bill that seeks to “limit new copyright protections to 56 years and make the change retroactive to corporations.” massive corporations like Disney that have been given unnecessarily long copyright monopolies.”

“Disney has been very active in trying to extend copyright terms,” Mayeda said. “They have successfully extended their deadline for Mickey et al, but I doubt they will be able to get additional extensions. I think this is going to be the end of the line.”