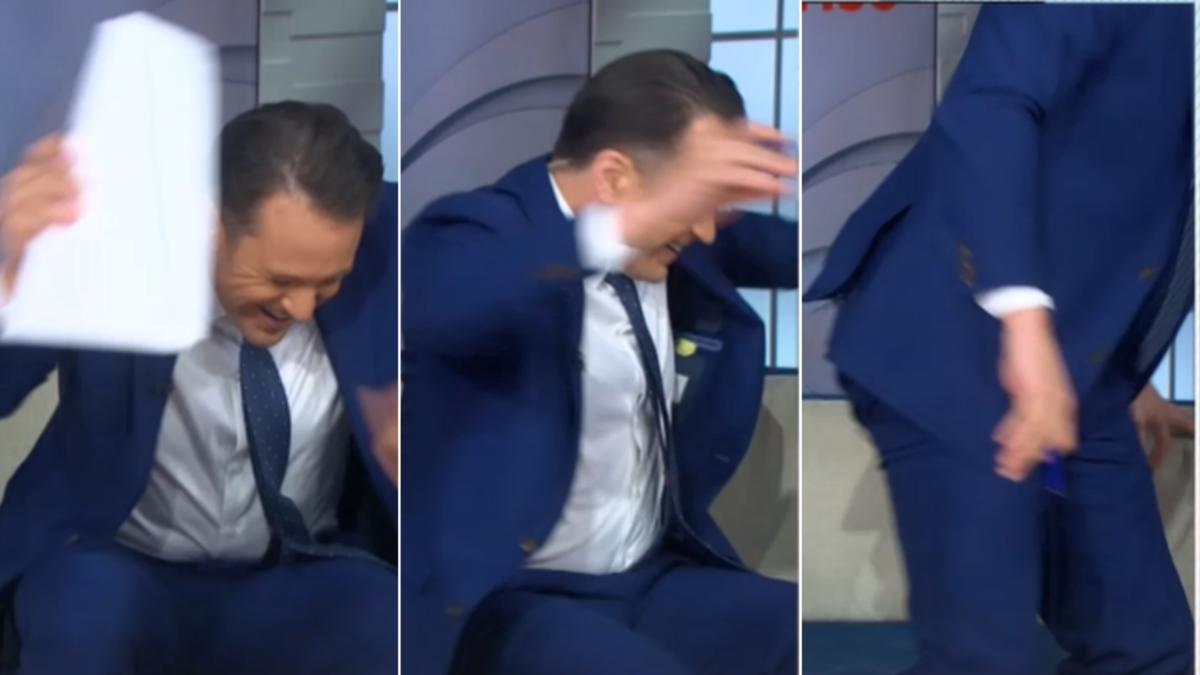 The hilarious moment occurred during Sunday’s episode of the Channel Seven breakfast show.

Watch Matt break into the video player above

However, unfortunate technical problems meant that viewers could see the guest, but not hear what he had to say.

“Please tell me we can’t send a rocket 300 km above Earth’s orbit, but we can’t communicate with Kevin,” Doran joked.

The breakfast TV host then tried to fill the silence and buy time to fix the technology problems by speaking off the cuff for nearly two excruciating minutes.

“I’m going to ramble on for a few minutes in the hope that we can establish communications,” he said.

The issue appeared to be resolved when viewers suddenly heard France say “I’ve got you”, prompting jubilant cheers in the Channel Seven studio.

However, the celebrations were short-lived, and France’s audio cut out again almost immediately.

Doran tossed his script papers on the desk, got up from the couch, and walked away.

Kevin, can you hear us?

“He can hear us, but we can’t hear him,” he explained.

“To be fair, the Northern Territory is too far away for television,” he laughed as Doran returned with a smile on his face.

NASA hopes there will be no technical problems when they launch their first rocket on Sunday night.

Three rockets will be launched in the coming weeks from the Arnhem Space Center on the Dhupuma Plateau.

The 13-meter machines will be used to investigate phenomena in heliophysics, astrophysics, and planetary science that can only be seen from the southern hemisphere.

Prime Minister Anthony Albanese announced the launch earlier this month, describing the “really exciting” mission as something Australians can be proud of.

“These three launches are important, they are for universities to do scientific research,” he said.

“These rockets will travel about 250 km north into the sky to collect data on the physics of the sun and its relationship to the earth.”

It is the first time NASA rockets have been launched in Australia in 25 years.