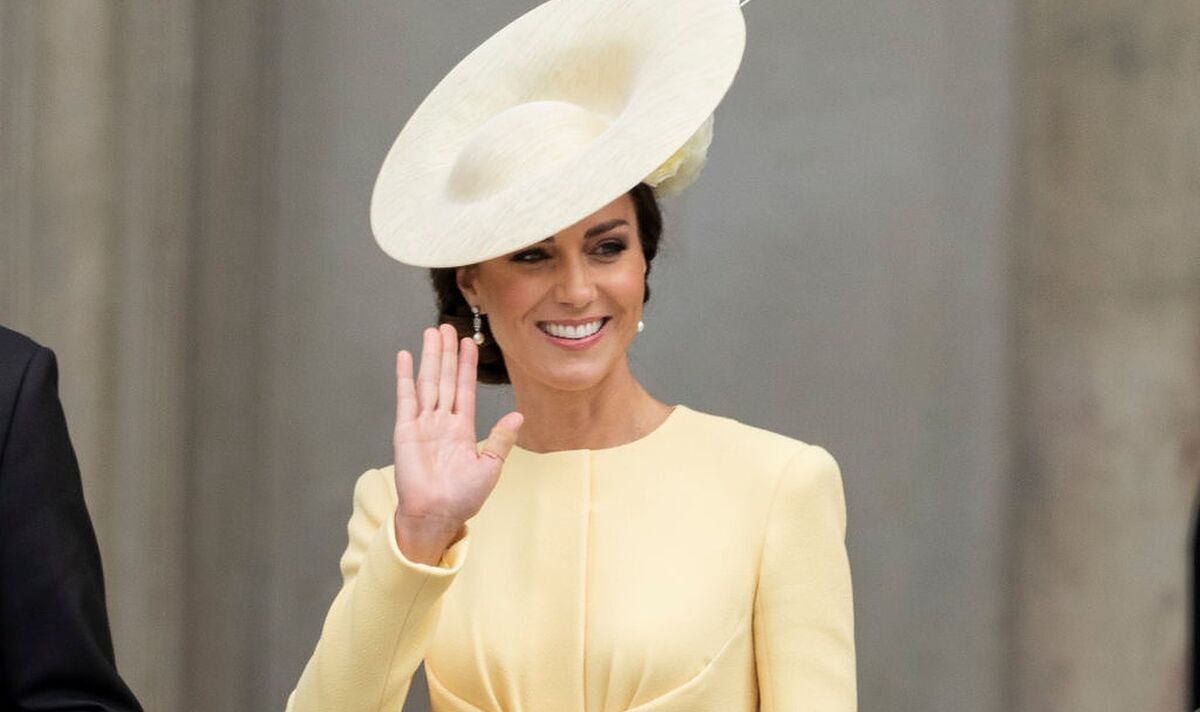 Royal writer Natalie Oliveri has observed the minute details in Kate’s outfit that hint at the fact that she could soon be heading Down Under. According to the report, Kate, 40, recently dropped a major sartorial clue that a visit could be on the cards in the near future, although there has been no official word from Kensington Palace as yet.

But if other royal tours are anything to go by, it’s the strongest indication yet that the Cambridge family could soon be on their way Down Under.

Royal watchers were sent into a tizzy when the Duchess of Cambridge arrived at St Paul’s Cathedral for a Service of Thanksgiving during the Queen’s Platinum Jubilee on June 3, carrying a small clutch bag.

“The brand remained unknown for around a day, instead of the usual immediate turnaround by royal fashion watchers eager to be the first to name who the duchess was wearing.

“The mystery was soon solved by the hugely popular Royal Fashion Police Instagram account, which correctly identified Kate’s bag as being from Australian retailer Forever New, with the help of other savvy royal watchers on social media.”

Retailing at just $49.99 (£28.32), the ‘Lily woven clutch’ had already sold out in Australia before fans could buy one for themselves, though it remained available on the brand’s New Zealand website.

There are three key reasons why Kate’s choice of bag has sparked renewed hopes of a royal visit to Australia.

Ms Oliveri explained: “Firstly, the Duchess and Prince William were rumoured to have been in the middle of planning an Australian visit in 2020 to communities devastated by the Black Summer bushfires, but that was scrapped as the coronavirus pandemic took hold of the world.

READ MORE: Meghan Markle popularity and image ‘plummeting’ in the US – expert