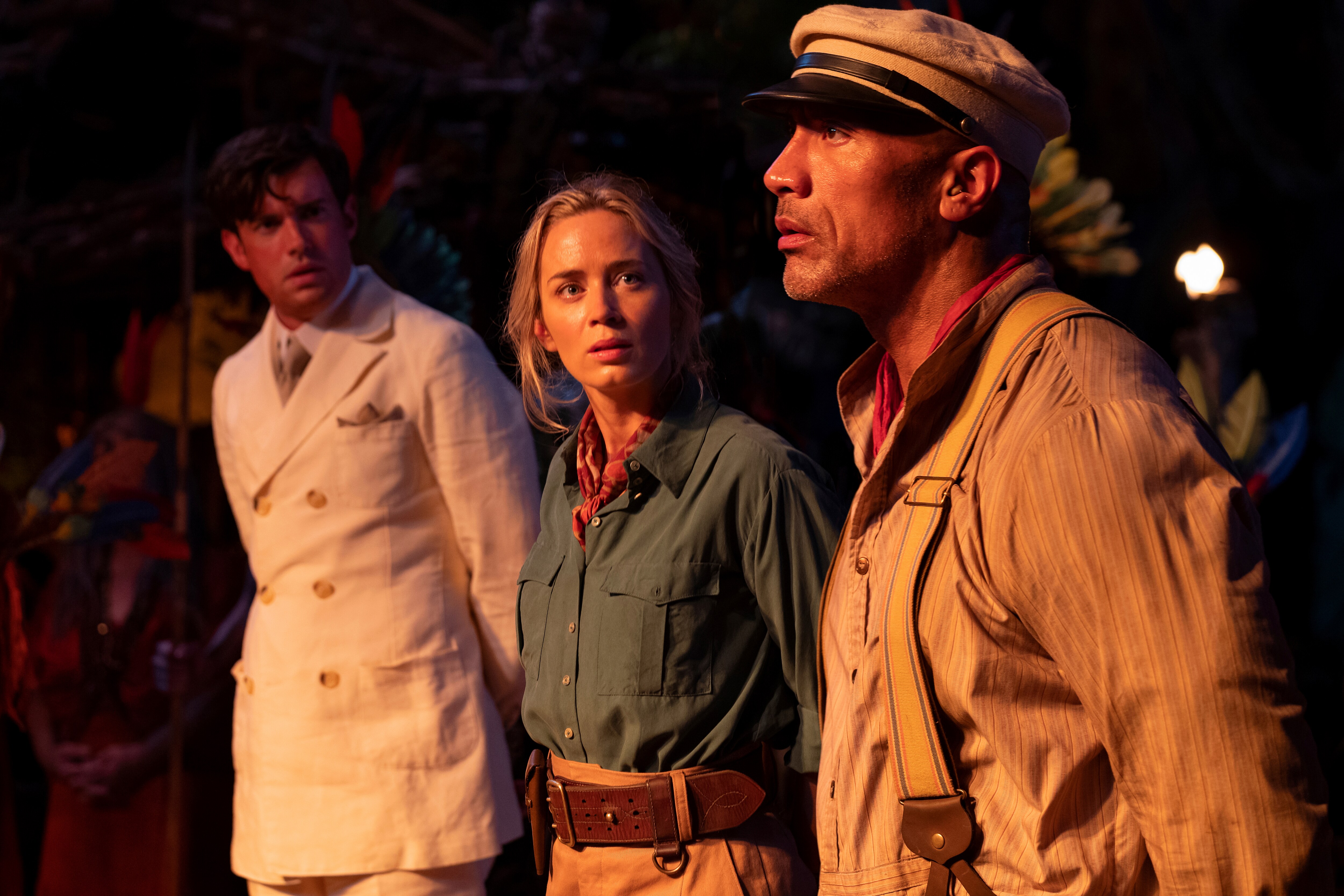 The Pirates of the Caribbean hangover is so strong with Jungle Cruise it almost makes you wonder if Dwayne Johnson stole Captain Jack Sparrow’s stash of rum and had a blast before filming. But external similarities aside, the new Disney movie is a reminder of how dramatically the Hollywood landscape has changed in the years since The Rock replaced Johnny Depp as the world’s biggest movie star.

The Pirates trilogy was perhaps the last time Disney was willing to get legitimately weird. We often forget how bizarre all three Gore Verbinski films were, but both mainstream cinematography and audience preferences have changed in the last decade. Gone are the days when a scoundrel like Jack Sparrow could lead a multi-million dollar movie franchise, and now we must deal with whatever version of himself Dwayne Johnson is comfortable projecting on screen.

He plays swashbuckling sailor Frank Wolff in Disney’s latest attempt to spawn a franchise. And due to the massive delay in the film’s arrival on our shores, you will watch Jungle Cruise knowing that a sequel has already received the green light. This is not an indication of the popularity or quality of the film. Jungle Cruise is, by most standards, just okay, but this has become the overwhelming sentiment you’d associate with Disney movies these days.

It lacks the heart of some of Marvel’s best adventures – the recent Shang-Chi and the Legend of the Ten Rings was a good example of how emotion could be carved from the same mold, but it’s not quite as cynical as Black. Widow. Jungle Cruise is somewhere in between, elevated by his occasional bursts of energy and Johnson’s relentless charm, but undone by routine character work and surprisingly sloppy visuals.

The movie is at its best when it allows great actors like Jesse Plemons and Paul Giamatti to shine. Both artists constantly make interesting decisions, and it is very encouraging to see director Jaume Collet-Serra being so encouraging to them. Because his star, as usual, is not willing to take risks.

This was exactly what was wrong with Ryan Reynolds’ recent lead Free Guy. It almost reminds you of Bollywood, where movies are tailored to an actor’s public persona and don’t really care about going any further. It was a much more interesting time for movie stars a decade ago, when the likes of Leonardo DiCaprio and Denzel Washington ruled the roost.

In Jungle Cruise, The Rock has the look of Popeye the Sailor Man and is given an ‘entrance opportunity’ that would make Varun Dhawan envious. That doesn’t seem like progress to me.

And perhaps because there is so much of that, the film’s CGI has a remarkable artificiality that is quite unusual these days, especially when you consider the very real possibility that the action sequences with a lot of visual effects in this film were shot in. stone long before a script. it was finished. Sticky visuals aside, the action is certainly one of the movie’s highlights; It is stunningly staged, directed with tremendous enthusiasm and laced with the secret sauce that makes scenes like these pop: character moments.

We learn more about what kind of person Frank is, more Han Solo than Indiana Jones, in moments of danger than in scenes designed to offer an exhibition. In fact, one of the few scenes where Jungle Cruise pauses for a pit stop and focuses on the character of Jack Whitehall is surprisingly deaf. It’s one of those moments when Disney pretends to be more forward-thinking than it really is, settling, as usual, for queer-bating. If they had any royal pride, they wouldn’t have beat around the bush like this.

And that’s sad, because when it comes to comic relief characters, Whitehall plays a particularly funny one. Those of you who have watched your Netflix travel show will recognize that you are essentially playing a version of your father, a posh English gentleman who for his life does not understand how he continues to get involved in adventures. The crucial difference this time around is that Whitehall’s character, MacGregor, follows the path of his own free will. It’s sweet how he becomes attached to his sister, the feisty Dr. Lily Houghton (Emily Blunt), simply because she supported him when he needed it most.

Jungle Cruise isn’t as ambitious as recent Disney tents, movies like The Lone Ranger and Tomorrowland, and watching it at home certainly makes it 30% worse, but it’s still a refined piece of Hollywood cinema, and for its audience. , that will be enough.