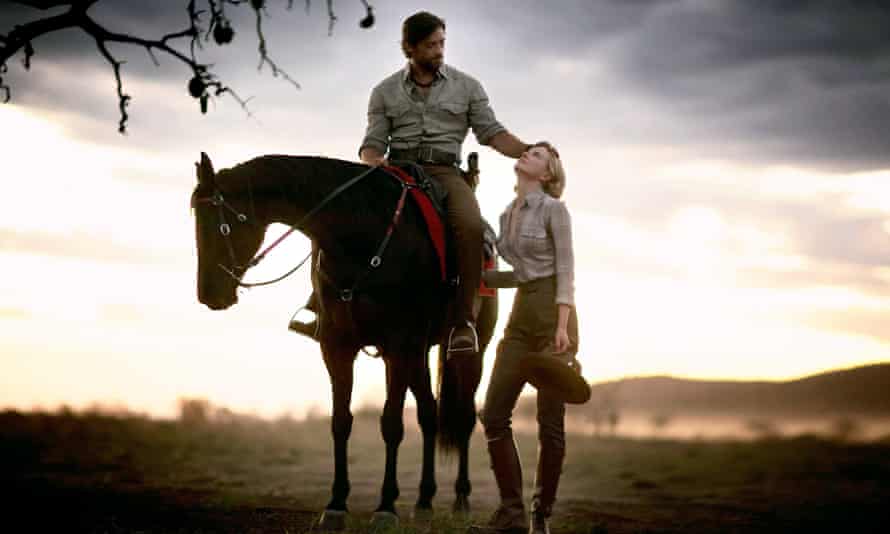 As we know from having had our senses hit by various glitzy, hyperactive, and blindingly brilliant shows, Baz Luhrmann’s films don’t talk, they scream. The Sydney-born author practices a film ethic that he and veteran editor Jill Billcock (who cut his first three movies: the “red curtain trilogy”) wisely described as “frame fucking”.

Luhrmann is a polarizing director, as everyone and his dog have pointed out. The trick to making sense of Luhrmann is to understand that he doesn’t actually consciously manipulate or necessarily believe in the subtext. Everything is always on the surface. There are broad and agreed upon meanings; for example, Romeo + Juliet and their new movie Elvis are obviously tragedies. Problems arise when his work cries out for a considered layering of themes and messages, only for viewers to discover that there is always little under the hood.

Luhrmann is at his best when focusing on musical inspirations and performative elements. His two best films are very good; the two worst of his are catastrophically horrible; and the rest are shows that are nothing more than intoxicating. Here they are, ranked from lemon to (apologies) Luhrmannastic.

Luhrmann’s superhuman ego is stamped on every frame of this stupefyingly sheep-brained epic: a thick, buttery goo of chill-inducing stereotypes and melodrama, told in the style of an extreme kind of visual chatter. Titling the film “Once Upon a Time in Australia” might have given it a more gracious reception and suggest that the director’s tongue was not so far from his cheek. But no, Luhrmann couldn’t help it. The film rightly set off a firestorm of debate, including a widely read takedown from Germaine Greer testing a review of your server.

Wielding chests the size of a fridge, Hugh Jackman plays a driver convinced by Nicole Kidman’s prim station owner to herd cattle across many miles of treacherous land, in a plot reminiscent of the overlanders. The film seems to go on forever, oscillating between commercial shampoo romance, retrograde portrayals of indigenous people as magical mystics, and an endless parade of Hollywood clichés.

Rare is the literary adaptation that makes you think, “I’m pretty sure the director didn’t even read the book.” F Scott Fitzgerald’s brilliant critique of the American Dream uses the excesses of the Jazz Age to construct a chimera: the illusory happiness provided by glitz, glamor and opulence, masking the foundations of broken dreams and futility. In Luhrmann’s hands, the parties thrown by the enigmatic Jay Gatsby (Leonardo DiCaprio) are purely fabulous and dreamy spectacles, a gross misreading of the source material.

As usual, Luhrmann literalizes the symbolic meaning; when narrator Nick Carraway (Tobey Maguire) reflects that “I was him too, looking up and wondering”, the director cuts to a shot of Maguire, looking at Maguire and wondering. This brilliant, picture-book-crazed approach reduces every human interaction to fluff and leaves its actors powerless.

This intensely flashy jukebox musical initially struck me as a huge, hideous alien plant that never stops blooming – I wanted to dive in and kill it from the inside, like Rick Moranis in Little Shop of Horrors. Subsequently, I have come to accept it, or at least have made my peace with it. Moulin Rouge! it’s a carnivalesque experience with an enchanted and wild energy, even before Kylie Monogue appears as an absinthe fairy singing “the hills are alive.”

Ewan McGregor’s poet describes the titular nightclub as “a realm of nocturnal delights”; Moulin Rouge fans! they can see the film in a similar way. McGregor and star Satine (Kidman) fall in love, belting out various songs to reiterate the point very subtly and in no way obvious, such as I Was Made For Loving You Baby. Largely devoid of narrative, traversing an anachronistic spatter of styles and genres, with a modus operandi to evoke pure stage spectacle, this is “pure” Luhrmann.

Elvis is less a biopic than a circus act, with an absurd performance from Tom Hanks as the King’s evil manager, Colonel Tom Parker, somewhere between Foghorn Leghorn and a Bond villain. Framing the story through Parker forges an unexpected path into the life of the titular superstar, who is used and abused by his burly puppeteer in pursuit of the greatest show on earth (and a ton of cash).

As usual, Luhrmann literalizes it, turning Suspicious Minds into a direct commentary on the strained relationship between Elvis (played sensationally by Austin Butler) and the Colonel.

By taking an unusual route, the director avoids some of the biggest pitfalls of the biography genre: thankfully, there are no goofy moments trying to simplify the creative process. It’s long and grueling, the film’s energy ebbs and flows, but when it reaches its peak, Elvis offers an unusual haunting intensity that will kick in after the credits roll.

Luhrmann’s two-part Netflix series, themed around disco culture and the rise of hip-hop in 1970s New York, began with a 90-minute episode directed by Luhrmann before passing the baton to others. directors. Unlike many Luhrmann locations, The Get Down doesn’t feel rushed or frenetic; in fact, it feels almost measured, or at least with a more developed sense of time and place. And yes, the literal Luhrmann strikes again: in one of the first scenes, when an artist raps the line “I see the light, it’s right there in the tunnel,” of course it cuts to a bright light inside a tunnel.

The centerpiece is a nightclub and dance sequence (with some sweet moves from Yahya Abdul-Mateen II) that anchors a large part of the first episode. The human elements shine as they rarely do in Luhrmann’s productions, thanks to a revamped cast that includes Justice Smith as the young poet Zeke and Herizen F. Guardiola as the aspiring singer Mylene. You like these people, you want to spend time with them. The story is about dreaming big, making mistakes, and growing up.

I recommend watching Luhrmann’s Shakespeare a̶d̶a̶p̶t̶a̶t̶i̶o̶n̶ extravaganza with subtitles on, with text size enlarged if possible. That way, The Bard’s words are absorbed into the film’s visual fabric and better compete with their insane volume. Introductory scenes that deploy rapid-fire visuals and text inserts announcing the cast feel like a trailer for the film itself: one of mankind’s best-known and best-loved doomed romances, boiled down to the language of marketing shorthand. .

But the larger experience actually comes together oddly well, fusing the dense, archaic loquacity of Shakespeare’s writing with the sensory chutzpah of Luhrmann. This story has been adapted ad nauseam, but the settings and production design feel wonderfully fresh: from the dilapidated theater on the beach, to the cathedral filled with candles and neon blue crucifixes, to the now-classic opening scene between the titular lovers, trapping each other. the gaze of the other through the glass of an aquarium.

As Orson Welles said: “The enemy of art is the absence of limitations”. With his lowest budget by far, Luhrmann’s first feature forced him to remain focused on characterization and human performance, directing his actors toward screeching cartoon qualities and bringing a lot of movement to the camera. At one point, a grandmother tells Paul Mercurio’s ballroom dancer that he doesn’t know anything about rhythm, though the opposite applies to the film itself: beautifully edited by the great Billcock, all the way to an unforgettable ending involving Scott (Mercury) and Fran (Tara Morice) competing in the Grand Prix Pan-Pacific Dance Championship.

The gritty, homemade quality of the film initially makes some aspects feel shaky, even a little awkward. But ultimately this works in its favor, providing an appealing homey texture that fancier, more expensive movies can’t convey. Coca-Cola’s famous rooftop dance scene is one of the most charming product placements in cinema; the emotions of the moment not only dominate the ad, but make it luminously beautiful.