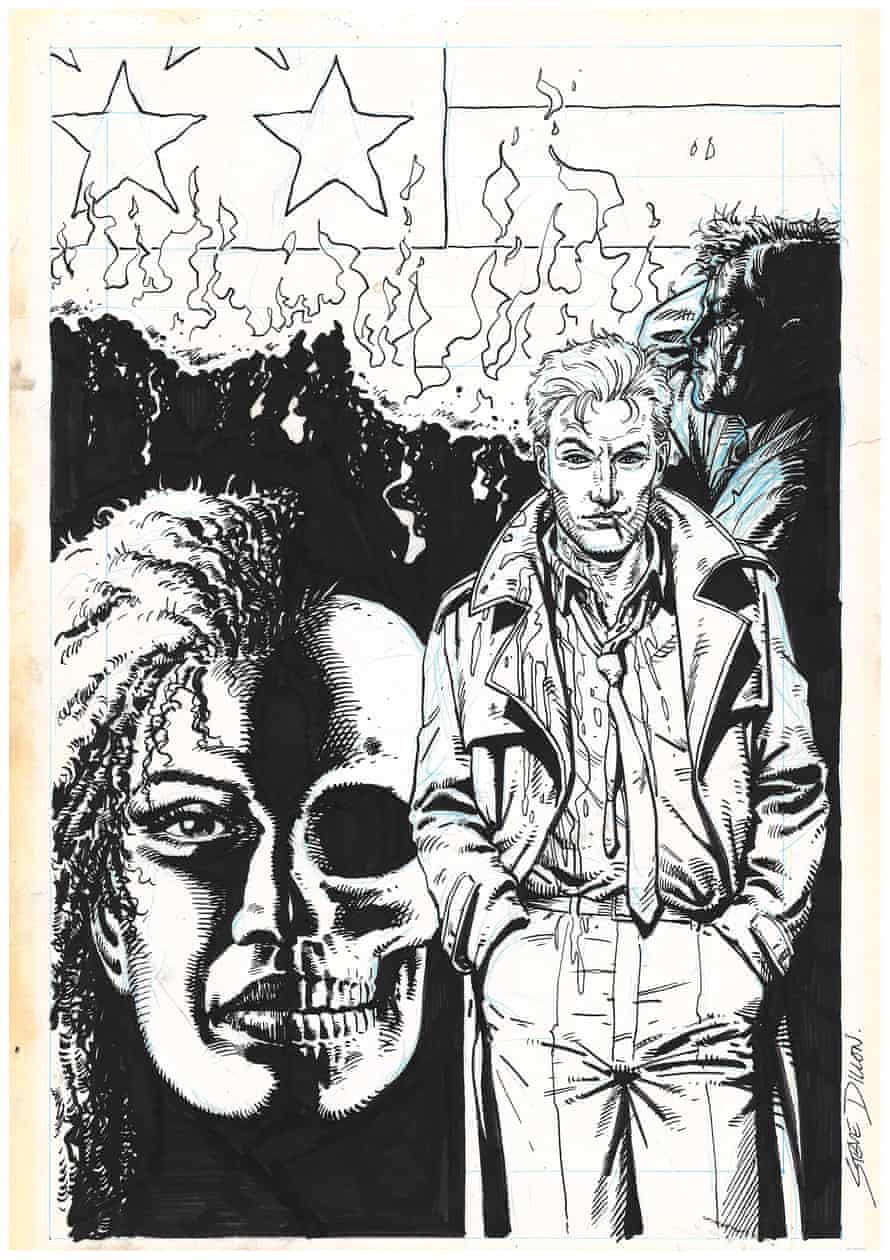 There are some artists who exemplify the anarchic, irreverent and anti-authoritarian British vision of comics in the way steve dillon it does. Born in London and raised in Luton, Dillon died in New York in 2016, at the age of 54, following complications from a ruptured appendix. What remains is a remarkable body of work that includes the UK comics magazine Deadline, which he co-founded; illustrations of him in a fan-favorite issue of Hellblazer, the Alan Moore-created comic that follows British chaos wizard John Constantine; and most notably, the critically acclaimed Preacher, which he co-created with famed comic book writer Garth Ennis.

First published by the American company DC in 1995, Preacher told the story of Jesse Custer, a small-town pastor who is accidentally possessed by the offspring of an angel and a demon, and who goes on a trip with his ex-girlfriend and an Irish Vampire, looking for a solution to his problem. The comic ran for five years and was followed by a T.V. series starring dominic cooperon which Dillon executive produced.

Delivered a perfect narrative every time

Dillon’s adopted hometown of Luton is currently hosting an exhibition at the Hat House’s Basement Gallery, featuring work from the artist’s early days to his illustrations for the satirical dystopian lawman Judge Dredd from the British weekly comic 2000AD. There are also pages of Preacher and Warrior, the magazine that launched the careers of various British comics luminaries in the 1980s.

“Steve has a special place in this city,” says Samuel Javid, Creative Director at Culture Trust Luton. “We have roads called Preacher Close and Cassidy Close, some of his ashes are buried here, and his local pub has a picture of him behind the bar, sticking his middle finger up…”

Ennis, who also collaborated with Dillon on Judge Dredd and Marvel’s gun-toting anti-hero The Punisher, first met the artist in the early ’90s. “I remember sitting down with him one night in the spring of 1990, long after that everyone else had crashed, and had a bottle of Jameson while we talked about what we thought we could do in the comics,” says Ennis. “There was an almost audible click when we realized that we would make a good creative partnership. Each of us simply trusted the other to get the job done. I didn’t ask for the impossible, no action-packed pages of 10 dialogue-heavy panels, and he delivered perfect storytelling every time.”

While Dillon was comfortable with the over-the-top, beloved male heroes of the genre (his portrayals of Judge Dredd and Punisher are full of guns and ultra-violence), he also brought a more grounded, individual look to his characters; he was famous for drawing the kind of people you might see in the pub. Moore once wrote that if you shaved the heads of all the female Marvel characters, they’d be nearly identical. Dillon, however, put as much care into the expressions and looks of his characters as he did into the dynamic and detailed panels of his narration.

“Steve’s death was absolutely disgusting,” says Ennis. “He was doing some of the best work of his career at the time. There were a couple of massive fights after he died, one in New York, one in Luton, and both had the same feeling: this is a great celebration of the life of a fantastic guy, and he would love to see it. everyone likes this, but tomorrow we have to continue with a great emptiness in our lives. I’d give anything to have one more pint with him.

Werewolves of Luton: four more works in the exhibition

Constantine
“One of the stories towards the end of our career: Damnation’s Flame. Maybe a bit over the top on the script side. Steve was doing a lot of heavy rendering. He got ready to go from Hellblazer to Preacher.”

early works of art
“This proves my point about your [Dillon’s] faces and emotion perfectly. The narrative was paramount. The conversation scenes weren’t a problem for him because he put a lot of emotion on the faces of his characters. He told a lot of stories just by capturing people’s expressions.”

First draft of Preacher
“Early, but it’s all there, fully formed. I remember telling Steve that I always thought he drew Jesse as a very idealized version of himself; he eventually drew a cover for a fanzine with him and Jesse sitting together in a bar. He was ruthlessly accurate with the self-portrait of him and I had to admit: no, Jesse wasn’t Steve.”

Punisher and Wolverine
“We didn’t work together on Wolverine, he must have done it later. But our Punisher run was a lot of fun; we both treat it as a bit of a post-Preacher palate cleanse. Neither of us take it very seriously. Our Punisher was much more light-hearted: armed polar bears and fun and games with multiple amputees.”

Preacher, Punisher and Judge Dredd: the work of British comics legend Steve Dillon I sat down the Basement Gallery, Luton, a July 7th.