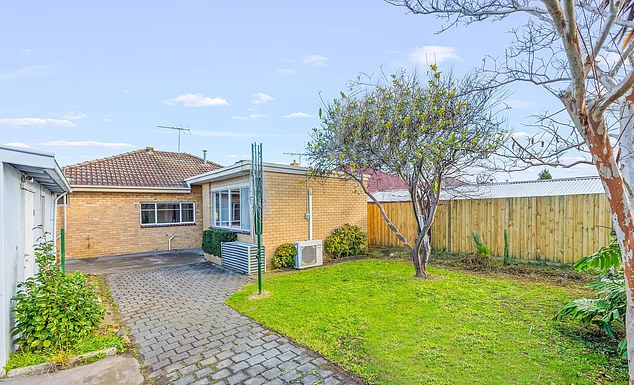 Can you see the strange detail in this real estate image? Prospective owners burst into a ‘dishonest’ ad: ‘Why do they even bother?’

A real estate image of a home has been making the rounds on social media after it was called out for a strange-looking tree in the backyard, with many real estate agents accusing it of being heavily edited.

The exterior photo of a house in north Melbourne was published on Wednesday before punters took aim at the “rogue” image of bright green leaves in winter.

The image shows the yard of a brick suburban home, with a bent hill lift and the tree that commenters said was touched up.

One wrote, ‘why bother?’, and others mocked the bizarre image.

Social media erupted over the disputed image (pictured), with some calling it the ‘fluorescent weed’

One commenter said “the grass has also been airbrushed” and another mentioned the “fluorescent grass”.

A comment thread followed about the caliber of the designer and how difficult it is to retouch images.

But the Melbourne estate agent responded by denying the image was doctored.

‘In any case, a flash is used, and [the photographer] it will probably overexpose it,” an agent told Yahoo News Australia.

The real estate agent has since posted another image of the tree.