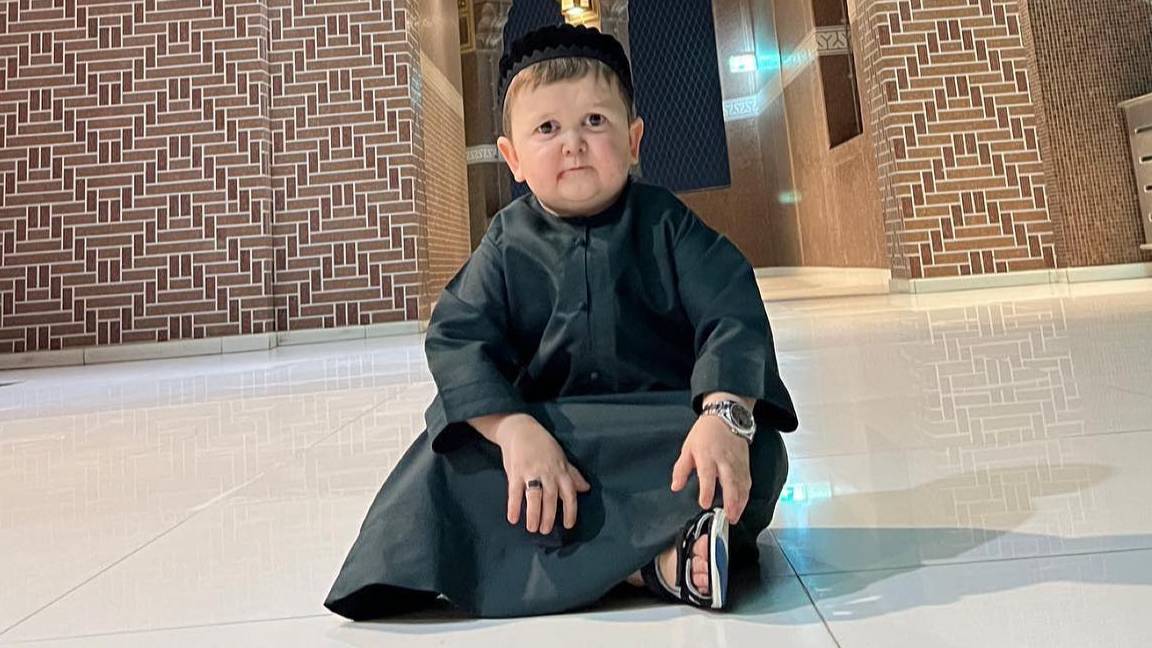 Hasbulla Magomedov has attracted millions of fans around the world with a confident, hyper-masculine personality that belies his adorable stature and childlike voice.

Having taken social media by storm in 2021, the unlikely internet sensation has amassed over 2 million followers on Instagram and an estimated 4.7 billion views on TikTok.

He’s coming to Australia soon to meet and greet all of his Australian fans.

The tour was first announced in May by event management company The Hour Group, which has toured with the likes of Kobe Bryant and Shaquille O’Neal.

The latter, in fact, will be touring separately at the same time and will be seen with ‘mini Khabib’ for one day, according to a statement from the company’s co-founder.

The tour will kick off in Sydney on August 29 and 30 and in Melbourne on August 31 and September 1.

Tickets for the event will go on sale at 9am Thursday June 30 AEST via The Hour Group.

Fans who want tickets have been promised interactive experiences and merchandise packages.

to some controversyprofessional photos and meet-and-greet opportunities will be available exclusively to male fans.

According to a statement issued by The Hour Group: “Due to Hasbulla’s personal and cultural beliefs, he is unfortunately unable to take photos with female guests.

“For our guests, if you wish to attend the meet and greet with Hasbulla, you are welcome to do so, but please acknowledge the limitations of photography.

“We understand the disappointment this creates, however we respectfully acknowledge Hasbulla’s cultural and personal beliefs and have to accommodate his requests accordingly.

The https://www.smh.com.au/culture/celebrity/i-would-like-to-meet-kangaroos-hasbulla-on-touring-australia-and-the-price-of-fame-20220627-p5awu8 .html quoted Magomedov himself as saying of the tour: “I come from a small town in Russia, so I hope to experience a different culture.

“I also know that there are kangaroos, and when I come to Australia, I would like to meet them and also visit iconic places like Bondi Beach.”

The dates, venues and prices for the Hasbulla Australia Tour 2022 are as follows.

Tickets for the second launch: $299