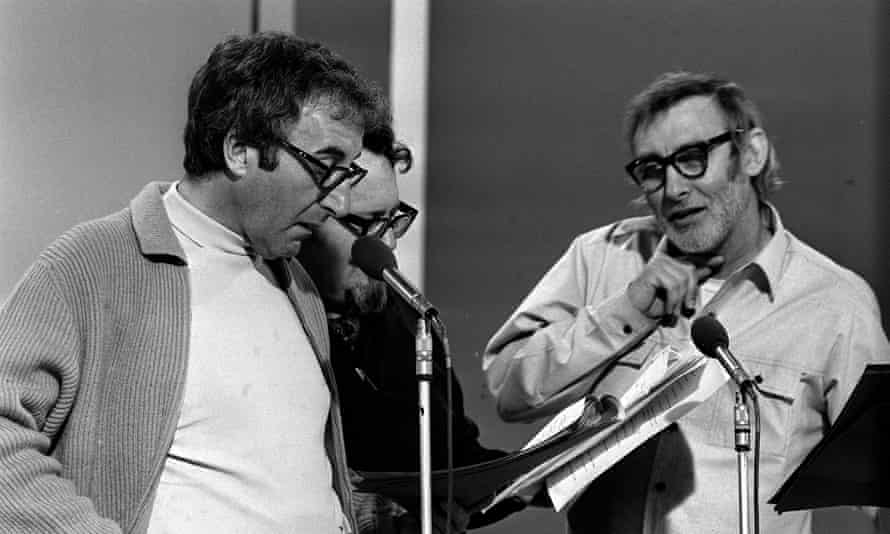 The national broadcaster, ABC, is celebrating its 90th birthday this year, with a special live event airing on Thursday.

To mark the milestone, we asked Guardian staff to nominate their favorite moments and shows from ABC’s television, radio and digital age – things that brought their families together, made them laugh or kept them in touch with Australia while they were away. abroad.

These are some of our favorite ABC moments. Share yours in the comments section below, and we’ll reproduce some of them in another article.

The Sunday night countdown was unmissable television, gathering in any home that tolerated overexcited tweens/teens in their living room, talking to each other during the show, then dissecting the acts before revisiting school on Monday. . What a window it was to a dazzling world far from our coastal suburban lives.

Countdown lured some of us into longtime nerdy music, beyond the general excitement with creepy pop fashions displayed by many schoolmates who wandered into talent nights, showcasing the sewing skills of the members of the indulgent family. Less predictably, those fads sparked regular waterfights on mufti days, between girls clearly visually aligned with Team Sherbet or Team Bay City Rollers, during which we neutrals with broader (or at least less divisive) tastes cheered. / we booed from the sidelines. .

Countdown was king (although Monty Python was the court jester).

My family has always been rusty as ABC listeners and watchers. My parents’ Melbourne-based radio seemed to have only one station, ‘3LO’ as it was called then on the AM band, or just 774 these days.

There was one exception. On Saturdays at noon, we moved the dial to the other ABC station, 3AR or Radio National as it is now, on 621. There we’d get half-hour reruns of The Goon Show. The comic mayhem was made for radio (though the musical interludes maybe not so much). The Goon Show had been broadcast during the 1950s by the BBC. The irreverent humor, which took over the British establishment at the time, somehow resonated with Australian audiences a couple of decades later (with ABC apparently running The Goons until 2012). It’s no surprise that the creators and members of Monty Python, something of a visual version of The Goon Show, cite the radio show as a major influence on their work.

ABC Grandstand saved me on a backpacking trip and is now a regular when I go abroad.

I was away for a few weeks on a long trip a few years ago when I really started to miss home. The Ashes were on and I had been following them on some live blogs. But I realized that I should be able to listen to the radio on my phone. The long bus rides and endless fields just faded away as I listened to Jim Maxwell from the other side of the world. I still do it every time I’m abroad and there are games. I listened to most of last year’s Brisbane Test while gardening for my grandfather in Sri Lanka.

Looking at The invoice a Saturday night on Channel Two was a weekly ritual for my family. When my brothers and I were growing up, we were only allowed to watch the first of the double-episode hour; it was a big deal when we grew up enough that our parents wouldn’t put us to bed at 9 pm and let us stay up to see both of them. We spent so much time with Jim, June, and Tosh that it felt like our aunts and uncles.

Years later, we extended viewing of family-friendly crime shows to Tuesday nights with Police Rescue. I still remember the anxiety of watching that episode involving the man trapped under the tanker. So many police procedurals in my childhood thanks to ABC programming – it was probably the basis of my crime drama addiction today.

Whether you found his sometimes bawdy, always light-hearted comments to be a distraction or the only thing that made watching rugby league bearable, there’s no denying that a call from HG Nelson’s State of Origin and “Rampaging” Roy Slaven was an experience. In their 1990s pomp, they coined player nicknames that still live on, affectionately in the case of Glenn “The Brick With Eyes” Lazarus, and sadly for poor old “Backdoor” Benny Elias. Roy and HG arguably reached their peak in the famous 1995 series, when a Paul Vautin-coached Queensland team claimed an unlikely series without the blacklisted stars during the opening skirmishes of the Super League war ( i.e. my favorite nickname, Michael “Three Knees” Hancock, watched from the stands). Never mind: Fatty’s Nevilles twice became household names in Queensland thanks to nicknames like Debbie Does, The Penalty Puller and The Far Side, and Roy and HG had etched themselves into Origin folklore.

In 2015 I was a panelist on Chaser’s Media Circus, and we had just finished a studio recording with a live audience. My head was buzzing with puns and all kinds of superficial stuff, when comedian Craig Reucassel showed journalist Peter Greste a text. Greste had been released from an Egyptian prison earlier that year, and was still fighting for the release of his colleagues Mohamed Fahmy and Baher Mohamed, and the text contained the news that Fahmy had been released.

Greste’s intense and eloquent celebration and immediate and emotional concern for Mohamed (we would learn later that he, too, had been pardoned) was so surprising, especially in the context of an inherently silly pun competition.

Please Like Me Today is shorthand for an entire generation of gay men whose lives were touched, changed and shattered by Josh Thomas’s era-defining series, which managed to oscillate between hilariously offbeat comedy and slapstick. devastating tragedy, often within the same scene.

But discovering it when I was 16 on my parents’ couch, late at night obviously with the volume turned down, made me feel like I was the only one privy to Thomas’s secrets and confessions, the awkward sexual encounters and the swirls. of twenty-something dread always rippling in the background. So much so that I ended up modeling my entire (fresh) identity on that of Thomas my last two years of high school, which made me think I was “special” and “cool” and “in communion with queerness” when in reality he was probably “neurotic” and “annoying”. Thank you Josh Thomas for giving me a personality through the show that, a decade later, remains a landmark in queer programming.