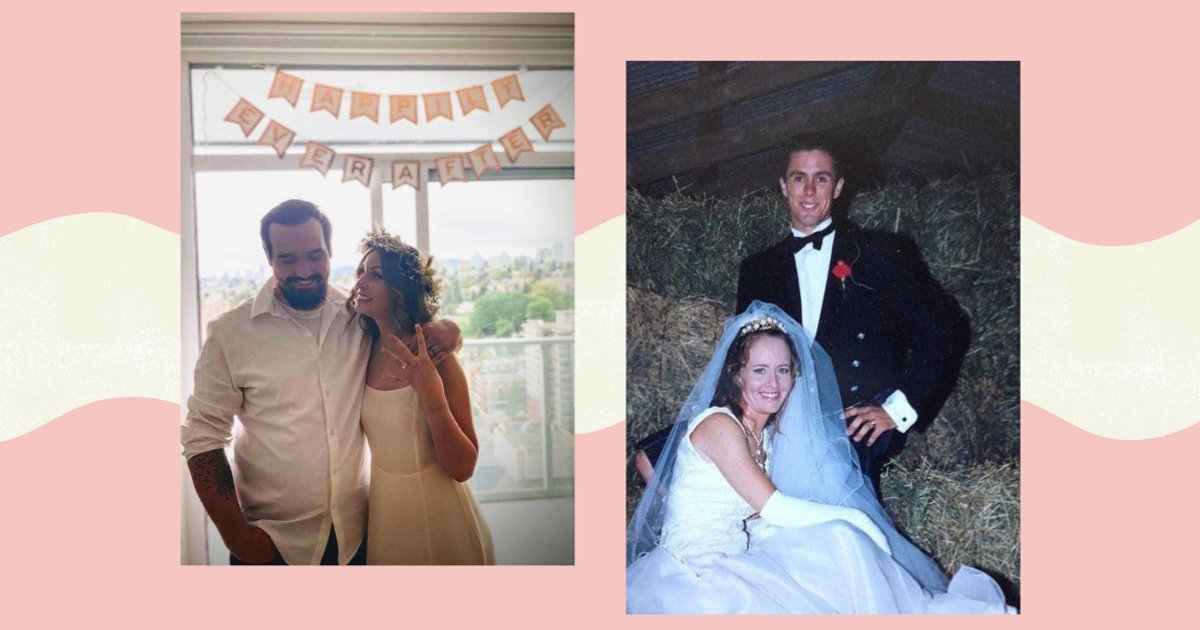 Even though getting married pretty quickly worked out well for us, I probably wouldn’t recommend it as a rule! We knew each other and were friends before we got together.

How did we meet? He was friends with an ex-partner.

When did we get engaged? Six months in.

What happened? We have been married 16 years! My mother always said ‘when you know, you know’, which drove me crazy. I always thought they were ‘the one’ otherwise I wouldn’t have bothered! Turns out she was right. She just knew. She had had a few long-term relationships before (one for seven years) that were heading toward marriage, but she couldn’t see them forever.

In hindsight, I possibly would have liked another year with just him and me before we had our children, since they arrived nine months after our wedding day!

How did we meet? We met on Tinder and we both said we were looking for a relationship and not just a hookup. We talked on texts and calls for about six weeks before going on a date.

When did we get engaged? A year and two weeks passed from being together officially, but 14 months passed since the first message.

What happened? Married and happily making our life goals come true. Make sure you really know your partner, have lived with them for a decent amount of time, and that they see you at your worst. For example, when you are sick, unemployed, with financial problems and family drama.

How did we meet? We met on Bumble in August 2018 and he was the only guy I dated in my online dating week! At the time we met, he was working at FIFO on a four week away and one week home roster. We had three dates in that first week he was home, and then we talked every day for the four weeks he was away. We saw each other the night he came home and spent every possible minute together since then.

When did we get engaged? We were officially a couple within days and got engaged six months later!

What happened? We got engaged in early 2019 and were due to get married in March 2020. COVID restrictions came a few days before our wedding so sadly we had to postpone. Fortunately we were able to get married in September 2020! However, COVID did not finish us off, and my husband was stuck in NSW for 5 months in 2021 due to border closures. He was finally allowed to go home, and we’ve done two weeks of home quarantine… oh, and our first baby is due in a few weeks!