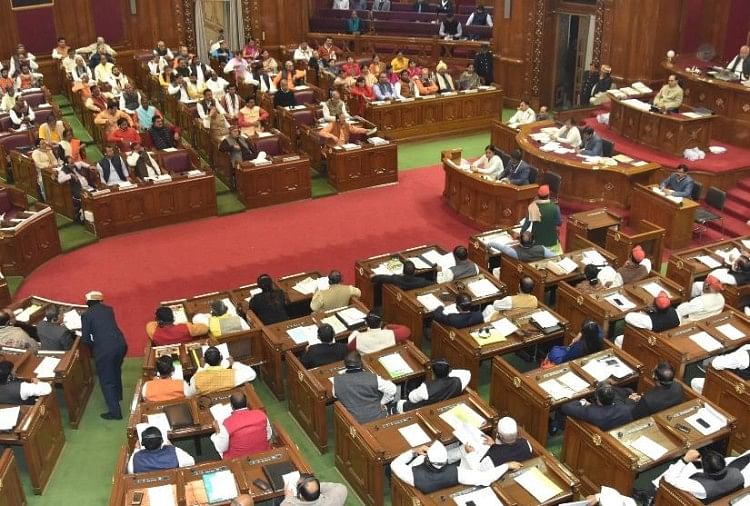 On Thursday, the second day of the winter session of the UP Legislative Assembly, state Finance Minister Suresh Khanna introduced a budget of Rs 4,879 crore and a vote-on-account for 2022-23. Opposition groups called for the beleagured PM to resign. In the process, SP, Congress and Subha SP staged a demonstration at the Assembly Well demanding the sacking of Union Minister of State for Inflation and Union Assistance Ajay Mishra.

On Wednesday, the first day of the assembly session, both the houses paid tributes to former Speaker, legislator Sukhdev Rajbhar, CDS Bipin Rawat, his wife Madhulika Rawat and 12 other military personnel who were martyred in an accident. The House also paid tributes to the former members who died from the last session. The House adjourned till 11 a.m. on Thursday.

Speaker Hriday Narayan Dikshit informed about the deaths of Sukhdev Rajbhar, CDS Bipin Rawat and other Army officers when the assembly proceedings began. Chief Minister Yogi Adityanath said Sukhdev Rajbhar was a sensitive and dedicated public representative. He was very simple and polite and therefore very popular among the people. An example of his diligence. He has done many remarkable things in his long political career.

Bipin Rawat, the first CDS general in the country to be martyred in a helicopter crash in Coonoor, Tamil Nadu, paid tributes to his wife and 12 other army officers, the Chief Minister said. General Rawat will always be remembered for making accurate and courageous decisions.