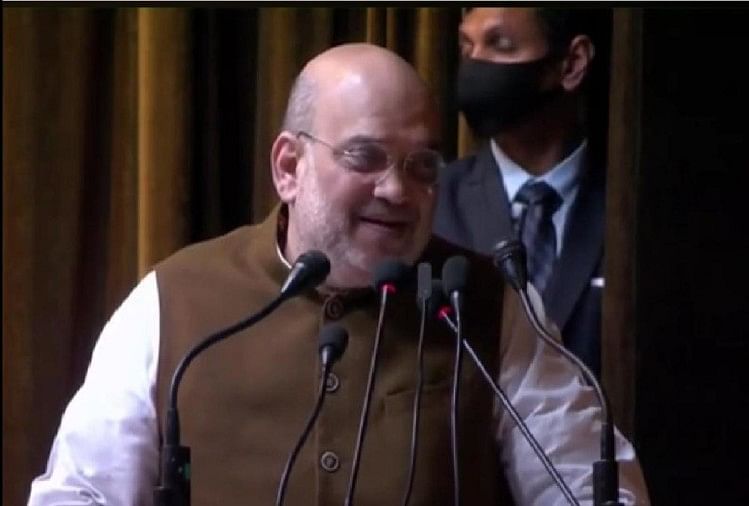 In his speech in Srinagar, Kashmir, Home Minister Amit Shah gave priority to peace, youth and development. Called to become partners in youth development. He also expressed the government’s commitment to Jammu and Kashmir, counting development projects. He said development in Kashmir was possible only when the youth looked after their own interests.

On August 5, 2019, he said, there will be restraint and restraint, when there is a disease, on the tough measures taken by the government. However this has only embarrassed a few people in Kashmir and the common people are happy with the steps taken by the government. He asked questions such as why the internet was shut down and why a curfew was imposed to confuse people and illuminate their politics. “I want to ask those who caused the bloodshed in your regime,” Shaw said. The steps we have taken are for the betterment of the people. Now let us tell you ten big statements of Amit Shah.

Appeal to youth: Shah told the Kashmir youth that you have big dreams. The government will make your dreams come true. As an example, he said .. I am not the son of any MLA or Chief Minister. The BJP is the only party with democracy. By whose strength I am before you today. Based on this democracy, you can become the Chief Minister from the Sarpanch of Jammu and Kashmir.

Enemies in the country will be eliminated: I would like to say that we are committed to dealing harshly with those who conspire to harm peace and development in Jammu and Kashmir. The first condition for development is peace in Kashmir. Our jawans are working to end terrorism in Kashmir.

Direct to Pakistan: “I can answer Pakistan, but I am here to talk to you,” Shah said.

The government has opened the treasury for development The Prime Minister has spent lavishly for Jammu and Kashmir and its people. The government has spent more money for Kashmir than any other state, which will continue in the future. Employment opportunities will also be created if industries flourish in the state. Apple and saffron cultivation will be encouraged.