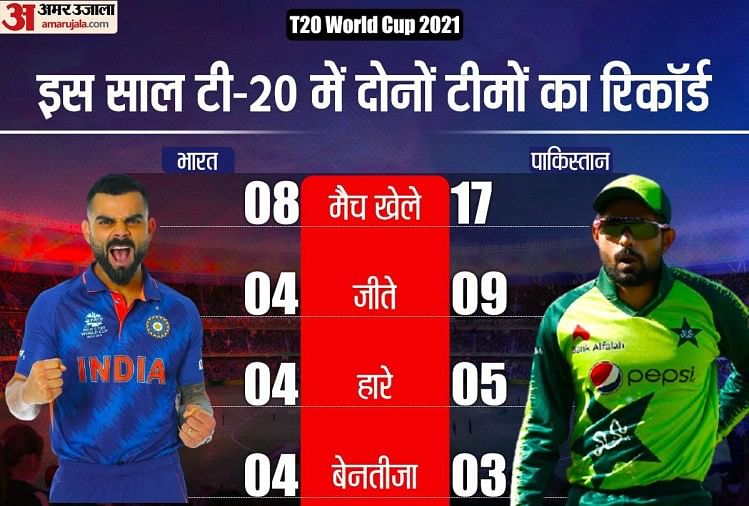 The T20 World Cup begins. India and Pakistan will face each other in a great match today. The match will take place at the Dubai International Stadium from 7:30 p.m. The toss takes place half an hour before that at 7pm.

The two teams will meet in the T20 for the first time since the 2016 World Cup. The last T20 match between India and Pakistan was played on March 19, 2016. India beat Pakistan by six wickets in the ICC T20 World Cup.

The responsibility of the Indian team in this World Cup rests on their two experienced batsmen. One is the team captain (Virat Kohli), the other is the team vice-captain (Rohit Sharma). Both are the highest run scorers for India in the T20 World Cup. Rohit is the only player to have played in all T20 World Cups for India since 2007.

The two highest wicket-takers for India in the T20 World Cup are the two spinners (current team). Ashwin 17, Jadeja 14 wickets. Both have a responsibility to make India champions. Before that, Ashwin and Jadeja will have to undergo an acid test on Pakistan.

All eyes are on the bowlers of both the teams. Jaspreet Bumra is currently the highest wicket-taker in the Indian team. The Pakistan team should go with his perfect yorkers and 140+ pace. At the same time, spinner Shadab Khan is the highest wicket-taker in the Pakistan team. When Pakistan beat India in the 2017 Champions Trophy, Shadab was their star bowler.