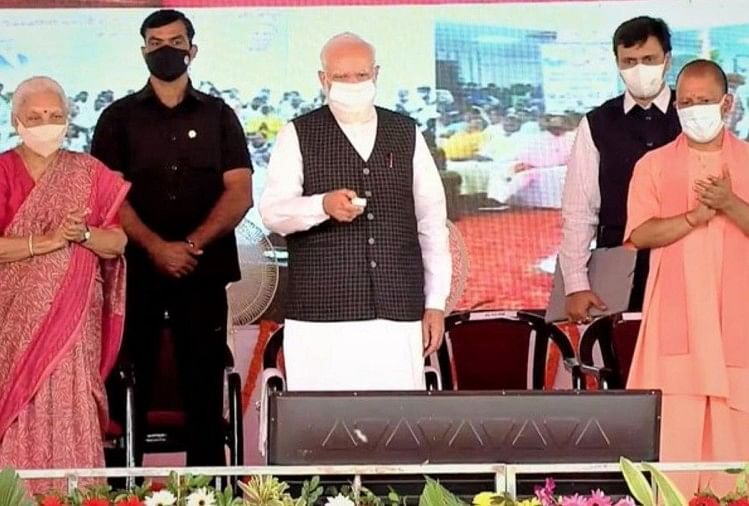 We salute all of you in Siddharthnagar, the holy land of Mahatma Buddha. Mahatma Buddha, who spent his early life on earth, opened nine medical colleges in the state today while on earth. This is a big step towards fulfilling the dream of a healthy and healthy India, congratulations to all of you! ‘ Prime Minister Narendra Modi greeted the people in Bhojpuri / Awadhi language on Monday at a public meeting held at the BSA ground in Siddharthnagar.

After about two minutes, Modi says sit down if you are satisfied. Look I gave you a full chance, your desire is on our head, our eyes said with a smile. Even after that the Modi-Modi voice continued to resonate, then the Prime Minister said I should start if you have your permission. He also said that we are all very grateful for your love.

This excitement has not lasted for months yet …


Referring to the Assembly elections held under the Modi-Modi slogan, the Prime Minister said that this enthusiasm would continue for a few more months. At the meeting, people who liked Modi took his photo and the BJP election symbol lotus flower. Even during the speech, people kept chanting slogans in the middle.

The slogan in the pandal was Jai Jai Shriram

When Chief Minister Yogi Adityanath came to deliver the speech, those sitting in the five fruits stood up. Yogi keeps chanting Jai to Modi. Even after the BJP leaders gestured from the stage, the people stood up and chanted slogans. As soon as his speech was over, the yogi said Jai Jai Shriram and the people added tone to his voice and cheered him on. The entire pandal was engulfed with Jai Jai Shriram slogans.

As Prime Minister Modi’s helicopter lands, MP Jagdambika Paul cheers the people by chanting “Modi-Modi” from the stage. At his call, people stood up and chanted “Modi-Modi”. After that, Minister of State for Primary Education Dr Satish Chandra Dwivedi chanted slogans like Jagdambika Paul and Jai Pratap Singh (Minister of Health).