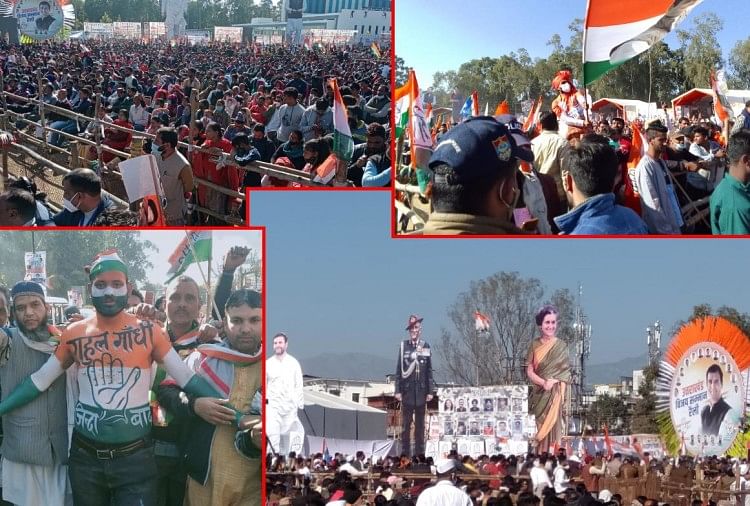 At a rally in Dehradun, the capital of Uttarakhand, Rahul Gandhi focused on sacrifice, unemployment, inflation and investors. He did not target Uttarakhand BJP leaders. However, Prime Minister Narendra Modi was outraged.

At the same time, Congress says more than fifty thousand people turned out for the rally and good people were also seen at the rally held on Thursday. It remains to be seen whether Uttarakhand politics will take a turn in this election.

Rahul Gandhi, who arrived in Dehradun to launch the Congress election campaign from the Vijay Samman rally, was furious with the central government.

Former Chief Minister Harish Rawat reached the parade ground at an honorary rally with traditional dupattas and dupattas. His supporters were also with him on the occasion.

In addition, hoardings were erected in Tamil Nadu to pay tribute to the wife, soldiers, officers and wives of General Rawat, who was martyred in a helicopter crash.

Ex-soldiers were placed on stage. At the same time people flock to the rally from 12 noon.