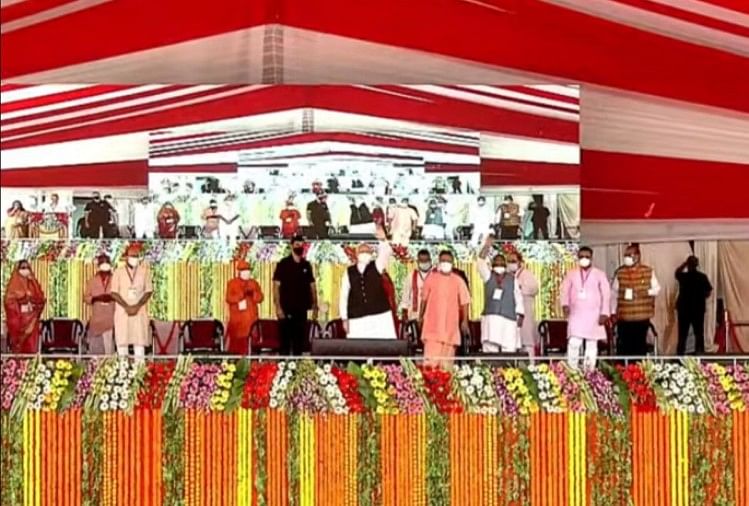 The Prime Minister will dedicate 28 development projects worth Rs 5,190 crore to the people

During his hour-and-a-half visit to Varanasi, Prime Minister Narendra Modi will dedicate 28 development projects worth Rs 5,190 crore to the people. During this time, the Prime Minister will also launch the Rs 65,000 crore Self-Based Health India scheme to strengthen health facilities in the country. The Prime Minister will fly directly from Siddharthnagar by helicopter to the public meeting place at Mehndiganj in Varanasi.

Inauguration of nine medical colleges in the state

Prime Minister Modi reached Siddharthnagar. He was accompanied by CM Yogi Adityanath. The PM will arrive on stage shortly. Nine medical colleges will be opened later.

A large number of people came to the house to listen to Prime Minister Narendra Modi’s public meeting. Haidil marched to the house on foot from Tiraha. People reach the house via Ashok Marg.

The Prime Minister is a four-tiered circle of security

According to the police department, there will be a four-tiered cordon under PM security. NSG, SPG, paramilitary forces and then police forces are in the security system. SPG has been monitoring security for several days. Also on Sunday, the team visited the venue and venue throughout the day and inspected the security. The stage and helipad were taken over by him. No one can enter during the program without a thorough inspection.

The Prime Minister’s helicopter will land at Siddharthnagar at 10.30 am

Prime Minister Narendra Modi’s helicopter will land at Siddharth Nagar at 10.30 am. He will start nine medical colleges in the state, including Madhav Prasad Tripathi Medical College. The Prime Minister will watch the film screening till 10.37 am, after which he will proceed to the public meeting stage. After addressing the public, Prime Minister Modi will leave at 11.30 am.