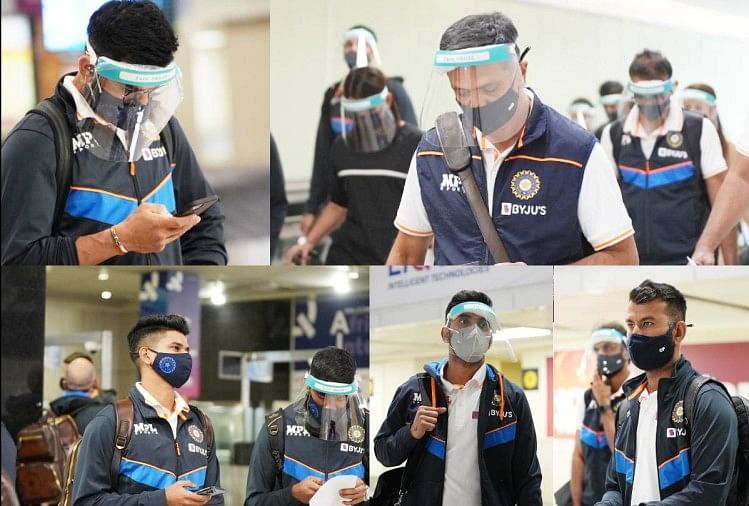 The Indian team arrived in Johannesburg, South Africa on Thursday amid threats from the Omicron variant corona. During this time, Indian players appeared on the Face Shield. All the staff and players, including captain Virat Kohli and coach Rahul Dravid, appeared to be following the corona protocol.

The players completely covered themselves in the middle of the accident. The BCCI also shared photos of the players on social media. In its title, he wrote – Touchdown in South Africa (players land in South Africa).

The first test will be held from December 26


India will play their first Test at Centurion from December 26. The Indian team will be in the quarantine for three days before the match. After this the players will be able to practice. Earlier matches in the series were scheduled to take place from December 17, but due to a corona threat, the dates have been extended. India will play a three-Test series as well as a three-match ODI series.

The ODI series starts on January 19

The ODI series starts on January 19. New vice-captain Rohit Sharma will not be playing in the Test series. He has a left hamstring injury. He will return to the team before the ODI series and take charge of the ODI team. The ODI squad has not been announced yet.