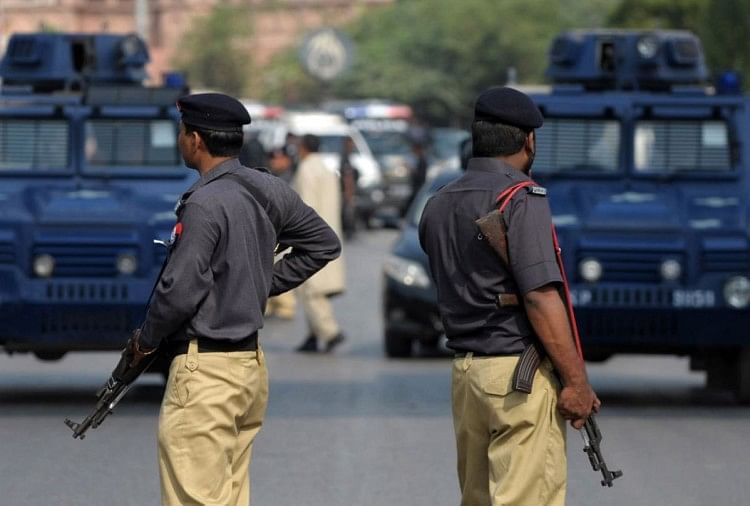 Thousands of supporters of the banned radical Islamist party Tehreek-e-Labbaik Pakistan (TLP) are camping on their way to Islamabad. He has now given the Pakistani government two days to release party chief Saad Hussein Rizvi and expel the French ambassador.

However, after talks with the TLP, Pakistan’s Interior Minister Sheikh Rashid said on Sunday that Islamists protesting the release of detained TLP activists would not march towards Islamabad.

Minister Sheikh Rashid Kot spoke to TLP Chief Saad Hussain Rizvi and TLP representatives at the Lakhpat Jail. He later said that the issue of expelling the French ambassador would be taken up for discussion in parliament, as per a previous agreement with the TLP.

A Punjab government official told a news agency that about 10,000 Islamists had set up camp on the Gujranwala GT road from Muridke, 80 km from Lahore. They are waiting for the signal from their leadership to go to the capital.

The TLP issued a statement to the media urging the government to expel the French ambassador until Tuesday, to enforce the agreement and to release our leaders and activists, including party chief Saad Rizvi.

In addition, the government will crack down on fake FIRs against TLP activists and leaders. The TLP said such a protest march would continue until the government meets our demands.

No commotion on Sunday
Six more people were killed Saturday in fierce clashes between police and radical Islamists in Lahore. The death toll rose to 10. Four people, including two policemen, were killed in violent clashes on Friday. The dead included three policemen and seven TLP activists. No clashes took place on Sunday, however, as talks between the government and the TLP delegation continued.

Violence erupted on Friday
Violence erupted in Lahore, Pakistan on Friday. Four people, including three policemen, were killed in clashes between police and supporters of the Islamist organization Tehreek-e-Labbaik. According to police, 15 people were also injured in the incident.

Radical Islamist Tehreek-e-Labbaik Pakistan (TLP) activists began a rally from Lahore to Islamabad. It called on the Pakistani government to release its leader, Saad Rizvi, who was arrested last year for protesting against France.

The TLP activists have been pulled violent, with 2,500 tear gas shells and try to stop the safety forces of the rallies that go to Islamabad.