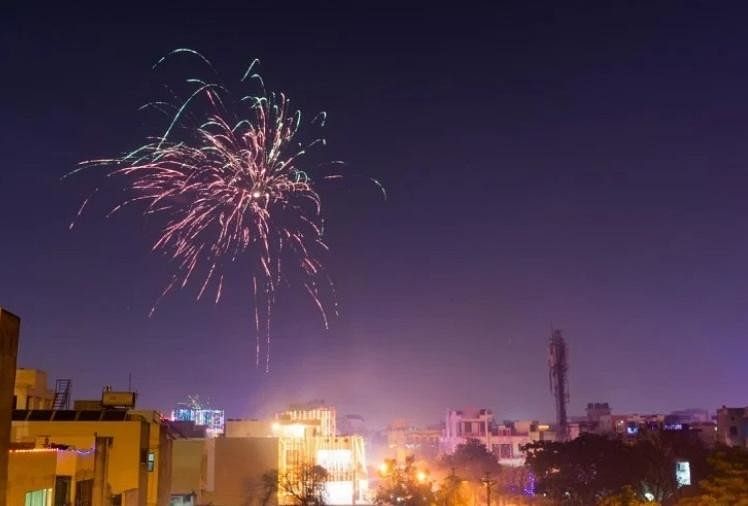 In the past, crackers were also banned in Chandigarh on Diwali. However, the Chandigarh Crackers Dealers Association wrote a letter to the Chandigarh administration objecting to this.

The guideline issued by the government regarding firecrackers states that green firecrackers are allowed to be fired from 8 pm to 10 pm on Diwali and Gurupurab days. No firecrackers were allowed in Mandi Govindgarh and Jalandhar in the state, the government said. It is learned that crackers have been banned in Chandigarh, Delhi and Haryana in the past.

People will not be able to crack crackers for Diwali this time in Chandigarh. The Chandigarh administration has banned the firing of crackers. On the other hand, the Chandigarh Crackers Dealers Association wrote a letter to DC Mandeep Singh Brar to allow the sale and consumption of fireworks. Let us inform you that the last time the sale and use of firecrackers was banned was a few days before Diwali. However, firecrackers were last sold and fired in Mohali and Panchkula.

He also questioned last year what was the benefit of banning fireworks in Mohali and Panchkula only in Chandigarh. However, the government did not accept this claim. This caused a loss of lakhs to the firecracker sellers. In a letter to DC, Chandigarh Crackers Dealers Association president Devinder Gupta, General Secretary Chirag Agarwal said the governments of Punjab, Haryana and Himachal Pradesh had not banned the sale and operation of fireworks this year either. In such a situation, the sale and maintenance of fireworks should be allowed in Chandigarh this year as well.

The administration is changing its stance on fireworks again and again

The association said 1650 people had applied for a temporary license to sell fireworks last time. Of these, 96 are to be drawn. The DC office has 1650 old applications, which have not yet been returned. In such a situation, 96 vendor draws should be taken from old applications. In fact, in the last five years, the administrative decision on Diwali day has been different. In 2017, the government lifted a three-day ban on the sale and consumption of fireworks. Fireworks are allowed on Dussehra, Diwali and Gurupurab from 6.30 pm to 9.30 pm. In 2018 and 2019, the administration allowed fireworks to be set off from 8 to 10 p.m., while in 2020 there was a complete ban on fireworks.