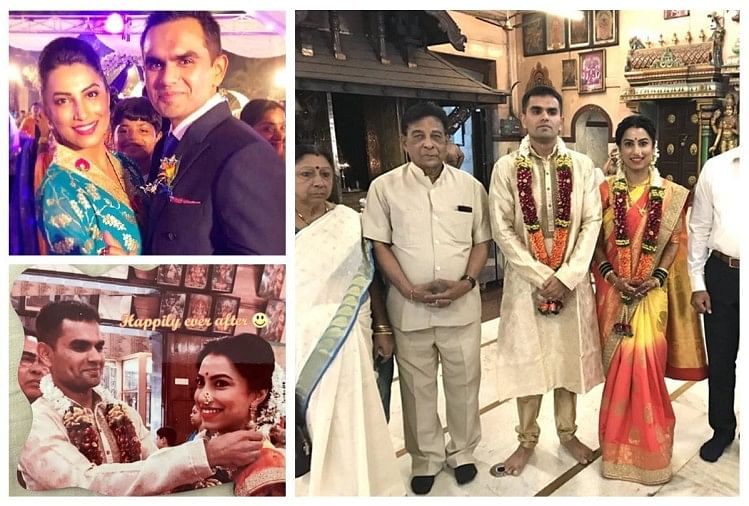 Aryan Khan is in the news more than Shah Rukh’s son in drugs .. it is Mumbai NCB Zonal Director Sameer Wankhede. Sameer Wankhede has been facing charges in drug cases ever since. NCP leader Nawab Malik also dragged Sameer Wankhede’s family into the matter.

Nawab Malik tweeted a copy of the birth certificate

Maharashtra Minister Nawab Malik has alleged that NCB zonal director Sameer Wankhede got a government job by obtaining a fake caste certificate. Shared a copy of the birth certificate on Twitter. Nawab Malik alleged that Sameer’s first marriage was to a Muslim woman. Although Sameer has given clarity on all these allegations and denied all the allegations, now Kranti Redkar Wankhede has come out in support of her husband.

In response to Nawab Malik, Kranti tweeted, ‘When you swim across the wave, you may drown, but if God is with you, no wave is big, it will not harm you, because only the person above knows the truth. Good morning. Satyameva Jayate. ‘

When you swim against the tides, it can drown you, but if the Almighty is with you, this world is not big enough to drown you. Because, only he knows the truth Good morning. Satyameva Jayate.

In her next tweet, Kranti wrote – Me and my husband Sameer are Hindus by birth. We have not converted to any other religion. We both respect all religions. Sameer’s father was also a Hindu and married my Muslim mother-in-law, he was not in this world. Sameer’s first marriage took place under the Special Marriage Act, and they divorced in 2016. Sameer and I got married in 2017 under the Hindu Marriage Act.

My husband was born in Sameer and is a Hindu. We have not converted to any other religion. We respect all religions. Sameer’s father also married our uncle who is a Hindu. Divorced in 2016. Our Hindu Marriage Act 2017 pic.twitter.com/BDQsyuvuI7

In particular, on March 29, 2017, Sameer Wankhede married Marathi actress Kranti Redkar. Kranti has also acted in Hindi films like Prakash Jha’s Gangajal. Apart from this, she has acted as an actress or film director in 22 Marathi films. Sameer and Kranti have two daughters Zaida and Zia.