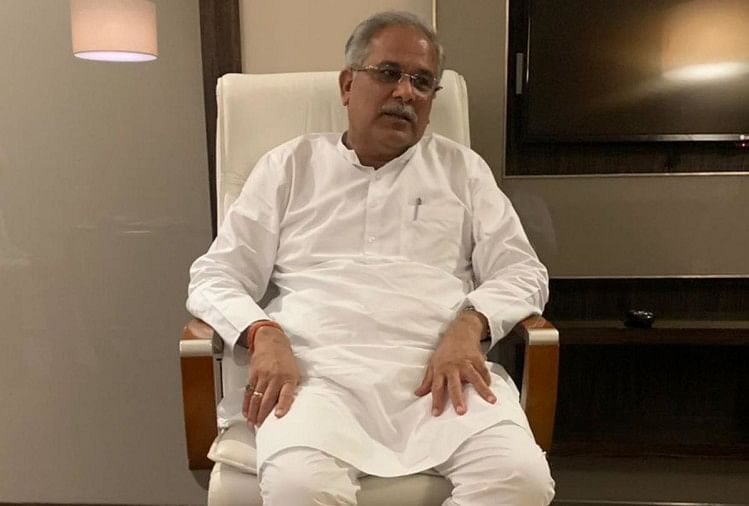 Chhattisgarh Chief Minister Bhupesh Baghel, who has been appointed as a senior observer of the All India Congress Committee for the UP Assembly elections, is also in full form here. He says half of the electricity bill in Chhattisgarh has been waived and why not in UP. In Chhattisgarh, financial assistance of up to Rs 20 lakh is provided to the poor for the treatment of serious diseases.

We need a permanent solution to the problems of the people in UP. Only Congress can do this when it comes to power. After being made a party observer for UP, Mata Kausalya’s uncle said that being in Chhattisgarh had deep ties between the two states. So the newcomer does not need to be surprised at the responsibility given to them. Here are the highlights of Amar Ujala’s conversation with Bhupesh Baghel:

Question: Visited UP several times after you became an observer. What is your assessment of the situation of the Congress in the forthcoming elections?

Answer: The Congress party has so far announced a total of eight guarantees for the solution of the problems of the people. A few more assurances that are part of our election manifesto will also be coming out soon. Its impact is most visible among ordinary voters. Our guarantees are the politics of change in UP.

Question: The mood in UP and Chhattisgarh is completely different. In such a situation, what is the motive behind making you an UP election observer?

Answer: It is true that 32 per cent of our population belongs to Scheduled Tribes. Backward class population in Chhattisgarh is over 50 per cent. There is a lot of similarity between the two states in this regard. Experiences there are also useful here.

Question: What are the problems in Chhattisgarh, which is also effective in UP?

Answer: For the third year in a row we are waiving or halving the electricity bill. The Central Government has succeeded in providing special subsidies to all sections, including farmers, despite all obstacles. While these facilities and concessions can be given in a state like Chhattisgarh, why not in UP? Let’s also go into the public with this question.

Question: Is the position of the Congress organization in UP considered weak compared to other rival parties?

Question: What do you think about the current political situation in UP?

Answer: There is a lot of anger among the people against the BJP Yogi government. Farmers are expressing their problems openly. The unemployed are also protesting. The UP government has not kept its promise to regularize employees who have been working for years. People are looking towards the Congress in the coming elections.

Question: How can a CEO succeed without exposing his face?

Answer: Only the party high command can say who the chief minister is. I can say that under the leadership of General Secretary Priyanka Gandhi we are constantly fighting over the problems of the people. Despite the UP government keeping Priyanka Gandhi in custody for several days, neither she nor the workers’ fighting spirit has waned. This struggle for the common man will take us to power in UP.

Question: What is your opinion in terms of state Congress leadership?

Answer: There was a leadership error in UP. Priyanka Gandhi paid compensation for this. Good results will be seen in the future as well. Priyanka’s presence in Lakhimpur has led to a large queue of youth in the Congress movement.

Question: How do you accept the SP-BSP challenge?

Answer: Have you seen the way SP or BSP has been fighting on the ground for years? People understand who is fighting in SP, BSP or Congress. Only in Hathras, Unnao and Sonbhadra did the Congress emerge as the voice of the common people. It can no longer be hidden from anyone.

Question: How much time do you give to UP as a supervisor?

Answer: I want to live only in Chhattisgarh and UP. I come to UP every week. Monday met people from several social organizations. This cycle continues continuously. I will meet you here. Also from congressional leaders and activists and from social and employee organizations.

Question: What is the reason for Congress victory in Chhattisgarh? Are these factors effective in UP too?

Answer: The solidarity of the workers, becoming the voice of the farmers and the guidance of party leader Rahul Gandhi are the basis of our success. He said the people had full faith in the promises made by Rahul Gandhi during the elections.