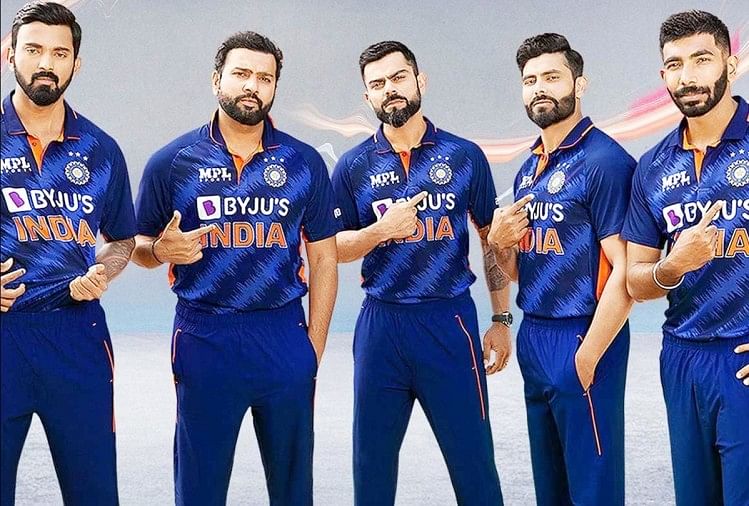 We are telling you about five such records, which can also be made in this match or they may take time for the entire World Cup.

India will take on Pakistan today in the T20 World Cup. The match will be played in Dubai at 7.30 pm. Some of the players in the Indian team have the potential to create a huge record in this match. We tell you about five such records, which will also be made in this match or they may take the entire World Cup time.
1. Virat Kohli can record this
India captain Virat Kohli has the potential to create a huge record. In international T20 cricket, Kohli has hit 285 fours so far. Ranked second on this list. Kohli hit 15 fours in this match and became the first cricketer to hit 300 fours in T20s. Currently Ireland’s Paul Stirling tops the list with 295 fours. His team exited the World Cup. In such a situation, Kohli is likely to create a record.
2. Rohit Sharma can make two big records
India opener Rohit Sharma is the third highest run scorer in T20 Internationals. He has so far scored 2864 runs in 111 T20s at an average of 32.54. Martin Guptill of New Zealand was second. He played 102 matches and scored 2939 runs. Rohit Sharma scored 76 against Pakistan, leaving Guptill. Rohit is also fourth in the T20 Internationals in terms of hitting fours. There are 252 fours in his name. Rohit drops third-ranked Guptill (256 fours) immediately after hitting five fours.
3. Bumrah becomes the highest wicket taker
Indian fast bowler Jaspreet Bumra is also likely to set a record. In T20 Internationals, Bumrah played 50 matches and took 59 wickets. He became the second highest wicket-taker for India in this format. Indian spinner Yuzvendra Chahal (63 wickets) tops the list. Chahal was not selected in this World Cup. Bumra is likely to leave Chahal under similar circumstances.
4. Rohit can also create a record in fielding
Rohit became the first Indian to take 43 catches in international T20 cricket as soon as he was caught. As a fielder, Rohit is currently joint number one with Suresh Raina. Both took 42-42 catches. Mahendra Singh Dhoni is the highest wicket-taker in India, though he has been caught as a wicket-keeper. Dhoni has taken 91 catches in T20 Internationals in his career.
5. Babur Azam and Pakistan can create history
So far neither the ODI World Cup nor the T20 World Cup has beaten India in the World Cup. Under such circumstances current Pakistan captain Babur Azam is likely to leave this embarrassing record. Babur became the first Pakistani captain to beat India if the Pakistan team won.

India will take on Pakistan today in the T20 World Cup. The match will be played in Dubai at 7.30 pm. In this match, some of the players in the Indian team have a chance to create a big record. We are telling you about five such records, which can also be made in this match or they may take time for the entire World Cup.