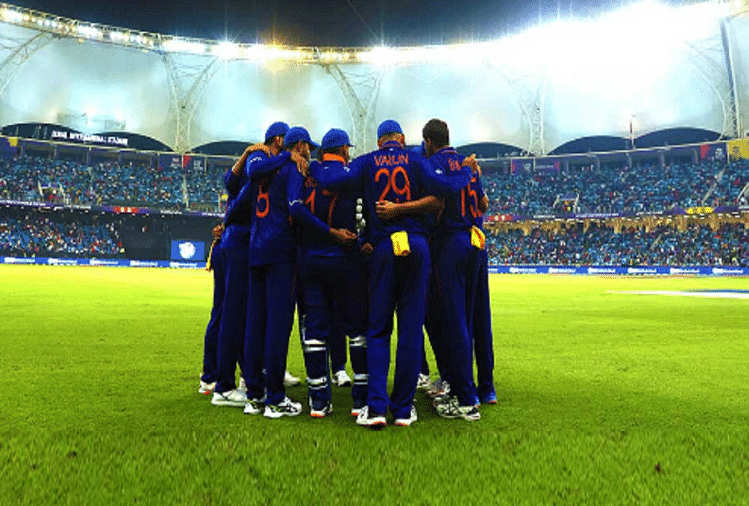 The Indian cricket team got off to a very awkward start to the T20 World Cup. Team India, full of star cricketers, is completely on its knees in front of Pakistan. In the group match at the International Stadium in Dubai, the Indian players looked weak in front of Pakistan in every field. This is the reason why the Indian team, which is considered to be a strong contender in the tournament, lost its first match by 10 wickets. Along with the Indian batsmen, the bowlers were also disappointed. For India, with the exception of captain Virat Kohli and Rishabh Pant, no other player has impressed today and failed with the bat and ball. In such Let us learn about the performance of five Indian players who contributed to the defeat of a weak performance team.

Team opener KL Rahul, who is in excellent form, did not appear in rhythm today. He was under pressure from the start and was bowled by Shaheen Afridi with just three runs off eight balls.

Team India vice-captain and star opener Rohit Sharma also failed to open an account in the match. Gave the wicket once again due to old weakness. With the first ball, Shaheen Afridi lbw him with an accurate yorker ball.

Veteran fast bowler Mohammad Shami, who took three wickets in the practice match, was not seen in rhythm today. He could not tie the runs or take the wicket. He bowled very poorly, which resulted in 43 runs in 3.5 overs in his quota.

Another veteran fast bowler in the team, Bhuvneshwar Kumar, did not look his rhythm. Bhuvi, who has been struggling with form for the last while, gave up 25 runs in three overs.