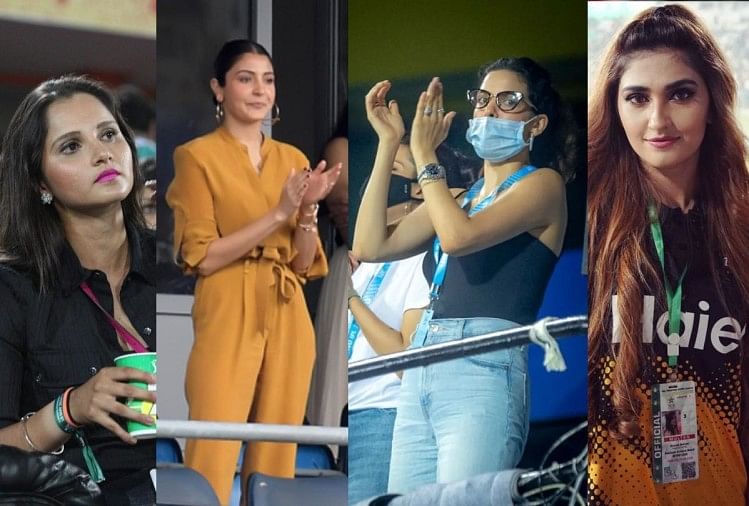 Wives of several players from India and Pakistan will be coming to watch the match on Sunday. – Photo: Social Media

The match between India and Pakistan in the T20 World Cup 2021 will be played on Sunday. The match will feature fours, sixes as well as glamor. After arriving in Dubai, the wives of many of the players on both teams became part of the Bio Bubble. During the match, they all appear to support their team and the stadium also has a glamorous hue. Most of the wives of Indian players are already in Dubai and have joined the Bio Bubble, but the wives of Pakistani players have also arrived in Dubai and come to the stadium in support of their team. The ICC has already allowed families of players to live in the bio bubble.

Anushka Sharma will arrive at the stadium on Sunday in support of the team. – Photo: Social Media

Anushka Sharma, wife of India captain Virat Kohli, often comes to support the Indian team in big matches. This time too, Anushka will be seen in Dubai in support of Teamindia. Anushka was in Mumbai during the IPL, but reached Dubai before the start of the World Cup. She has also completed her detention period and is now part of the Bio Bubble. Now Anushka is expected to arrive at the stadium in Dubai on Sunday to cheer on the Indian team.

Rohit’s wife Rhita will be seen at the Dubai Stadium on Sunday. – Photo: Social Media

Hardik’s wife Natasha will be seen in support of TeamIndia in the Indo-Pak match. – Photo: Social Media

Natasha, the wife of Indian team blast batsman Hardik Pandya, will also arrive at the stadium on Sunday. Natasha also looked excited for Hardik and Mumbai in the IPL matches. She has been a part of Bio Bubble ever since and appears in support of the Indian team in the match against Pakistan. Hardik’s record against Pakistan is very good and it is hoped that this match will also give Hardik Natasha and Indian fans many opportunities to celebrate.

Bumrah’s wife Sanjana Ganesan will be seen in the role of anchor in the match against Pakistan. – Photo: Social Media

Sanjana Ganesan, wife of Indian pacer Jaspreet Bumra, will be seen at the stadium before the start of the match. In this match, she not only enhances the morale of the Indian team but also acts as an anchor. Sanjana, who was in Oman during the qualifying matches, has now flown to Dubai. She will be the anchor for the match against Pakistan. For this reason, she appears on the stadium and on TV before and after the match.