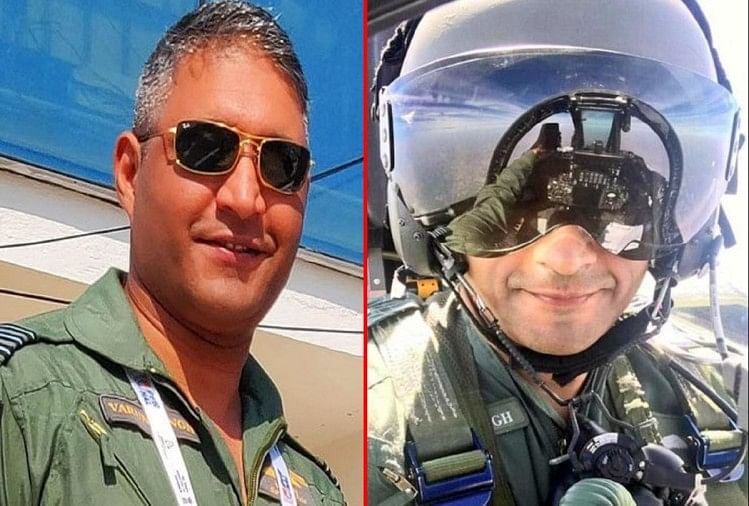 Air Force Group Captain Varun Singh, who survived a helicopter crash in Coonoor Hills on Wednesday, died at a military hospital in Bangalore on Wednesday. The country’s first CDS general Bipin Rawat, his wife Madhulika Rawat and 11 other officers were killed in the accident.

The Indian Air Force said on Wednesday that they were “deeply saddened” to learn that Veera Group Captain Varun Singh was not with us. He breathed his last on Wednesday morning. He was seriously injured in the December 8 crash and has been on the life support system ever since. Varun Singh, a group captain from Deoria, Uttar Pradesh, received this year’s Chauryachakra award. Agency

‘It’s not normal, 12th marks do not determine your future’
Being mediocre is okay, but it does not mean that things are the same in life. This inspiring lesson was given by Indian Air Force Group Captain Varun Singh, who is not in this world.

The brave Indian Air Force officer, who was injured in a helicopter crash, finally stopped breathing on Wednesday. Struggling with survivors for almost a week. But, even when he went, he was given such a lesson that it could make the average (normal) student extraordinary. In fact, Varun Singh wrote a letter to the principal of his school, Army Public School, Chandimandir, on September 18, a few weeks after he was awarded the Chakra of Valor. In a letter written three months ago to the students … the norms never mattered. Not everyone can excel in school or everyone can score 90%.

If not, do not assume that you have become a commoner. You may be mediocre in school, but that does not mean that things in life are the same.

With the courage not to be caught, Tejas escaped a terrible danger
He said in the letter that he had been flying the Tejas for the past year and that it had caused a technical glitch. During this time, despite the mental and physical stress, he avoided a terrible accident with courage and understanding.