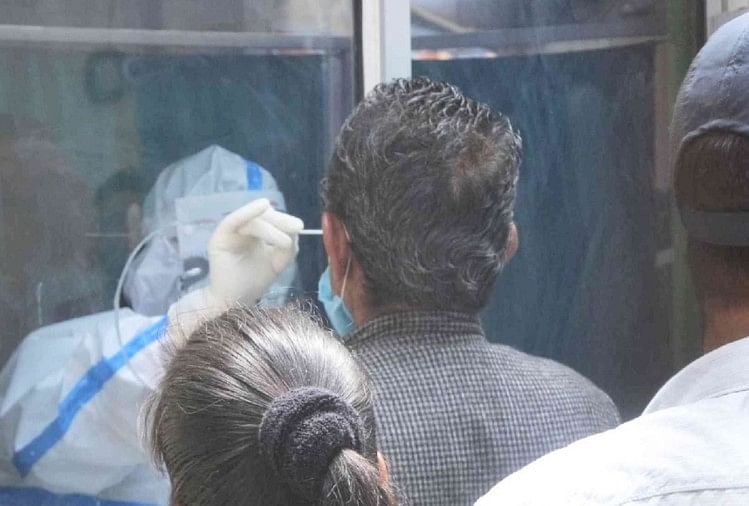 Over the past two months, there have been reports of a decline in Kovid-19 cases from all over the world, and in the meantime, Corona has begun to raise its head once again. Recently new varieties of corona have raised the concern of health organizations. Corona virus cases are once again on the rise in some cities in China. According to recent reports, a lockdown has been imposed in the Chinese city of Lanzhou in view of the growing infection. With this order, more than 4 lakh people have to be detained in their homes once again.

AFP reports that China has locked Lanzhou, with a population of 4 million, on Kovid 19

According to reports, due to the recently revealed two variants of the corona, the situation in many countries, including China, has begun to deteriorate again. According to recent reports, the sensation has increased after the new variant of Corona AY.4.2 was also launched in India. On Tuesday, the Union Health Minister also expressed concern about this variant. We will learn about these two variants in the next slides.


Recently, a new variant of the Corona found in India, AY.4.2, raised concerns. Speaking to reporters on Tuesday, Union Health Minister Mansukh Mandavia said a team of experts was investigating the new Corona variant AY.4.2. Teams from the Indian Council of Medical Research (ICMR) and the NCDC are studying and analyzing various variants. Currently, its cases are very rare in India.

Following the rise of the Corona’s new variant AY.4.2 case in the UK, its cases have also been reported in India. Based on the studies done so far, this new form of corona is considered to be very dangerous. Scientists say this new variant of the corona causes 10 percent more infection than the original Delta variant. Some mutations have been observed in this new variant, which allows it to enter human cells more easily. Currently, these new variant cases in India are less than 0.1 per cent.


Corona’s new variant R.1 has also raised concerns among health professionals. According to reports, the nature of this mutation is seen in the approach, which is believed to be very contagious. Last month, the Centers for Disease Control and Prevention (CDC) reported in a weekly report that this transformation of the corona was dangerous. In studies so far on the R1 variant, scientists have found that it has the ability to easily defeat the body’s immune system caused by the vaccine.

Note: This article is based on information gathered from several medical reports.

Disclaimer: All articles published in Amar Ujala’s Health and Fitness section are based on interaction with physicians, professionals and educational institutions. The facts and information mentioned in the article have been verified and verified by Amar Ujala’s professional journalists. All instructions were followed while preparing this article. The relevant article was prepared to increase the knowledge and understanding of the readers. Amar Ujala will not claim or be responsible for the information and information provided in the article. Consult your doctor for more details about the related disease mentioned in the article above.