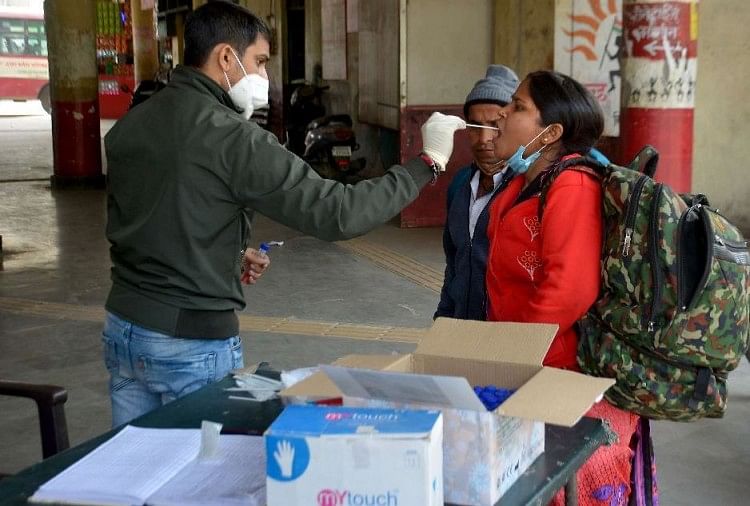 The corona is still becoming malignant in patients with diseases such as COPD (Black Asthma), CKD (Chronic Kidney Disease), sepsis and cancer. These patients are at risk of infection even after taking one or two doses of the vaccine, according to a report by the Delhi Government Death Audit Committee.

According to a report available with ‘Amar Ujala’, between January 1 and 15, 228 people died of corona infection in Delhi. Of these, 143 deaths were audited, with more than 80 percent suffering from these diseases before bedtime. These include all age groups from 0 to 12 and over 18 years. It is estimated that 70% of deaths are caused by people who have not been vaccinated with a single dose. Death also occurred in those who took one or two doses, but more than one of them showed comorbidity.

According to the report, 25107 people died of corona infection in Delhi till December 31, 2021, while the number of deaths till January 15 rose to 25335. Between January 1 and 15, 228 people died from the infection, the highest since June last year. When the Delhi government committee launched an audit of 46 deaths between January 9 and 12 between January 5 and 8 and 97, it was found that the dead included innocent people with congenital diseases and those aged 60 years or older. Older Senior Citizens.

Rajiv Gandhi Super Specialty Director Dr BL Sherwal said the audit was also important for the people of Delhi to know that because of the modern lifestyle here, there are different types of diseases in every household. In these diseases, such as diabetes, high blood pressure can be found in almost every second or third person. At the same time, the Delhi population has a large number of respiratory and cardiac patients. Lifestyle as well as air pollution etc. can also cause this. That is why people should be careful.

Having more than one comorbidity

Prior to corona infection, they had COPD, CKD, sepsis, cancer, diabetes, hypertension, heart disease, brain stroke, thalassemia, encephalitis, respiratory diseases, tuberculosis, liver and intestinal diseases, the audit revealed. More than 36% of those who died of more than one disease comorbidities. Dr Neeraj Nischal, a senior at the All India Institute of Medical Sciences (AIMS) in New Delhi, said the presence of non-communicable diseases was high nationally, but in a metropolis like Delhi, the population was higher. In the grip of diseases. Every second and third person in Delhi is at risk of infection. In such a situation, people should also complete the corona vaccination as soon as possible. In addition the corona rules must also be followed.

Age of those who died between January 5th and 12th