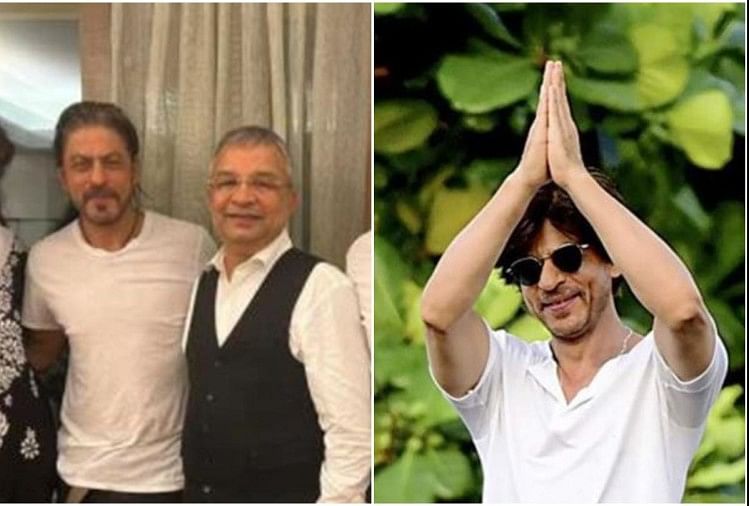 Shahrukh Darling Aryan Khan, who is serving a 25-day jail term in the Mumbai Cruise Drugs case, was granted bail by the Bombay High Court on Thursday. Today Aryan Khan is coming out of jail and many days later he is going to go to his house mannat. A festive atmosphere prevailed in Mannath as Aryan was granted bail. While fans were celebrating by setting off fireworks outside the house, Shahrukh took a photo with Aryan lawyers and thanked them.

In this movie Shahrukh was seen smiling after a long time. Most fans, however, felt that Shah Rukh looked a bit weak. Meanwhile, Aryan lawyer Mukul Ratogi also said in an interview to a channel that it was very difficult for Shahrukh and Gauri this time. Mukul Ratogi said that Shah Rukh quit his professional job and devoted his entire life to bringing out only the Aryans.

Mukul Rahatogi further said, ‘Shah Rukh has not eaten well for a long time and is only drinking coffee in coffee’. There is no denying that this incident had a huge impact on Shah Rukh’s health. Shahrukh was staying at the Trident Hotel in South Mumbai, where Mukul Rahatogi was also staying.

According to media reports, Shahrukh and Gauri themselves go to jail and bring Aryan home. Or even Pooja Dadlani and Shahrukh bodyguard could go to Arthur Road Jail today to bring Aryan home. It is said that not only Shah Rukh Khan but also Gauri Khan had a negative impact on his health. Gauri was deeply upset when the sessions court repeatedly rejected his bail application. Many said that Gauri was crying while talking on the phone with her friends.

On the other hand, during the release of Aryan Khan, his sister Suhana Khan shared a post which has now gone viral on social media. Suhana Khan shared a collage with pictures on her official Instagram account, which was created with pictures of her childhood. All the pictures in this collage belong to the same time. In the picture, Suhana and Aryan can be seen playing with their father Shahrukh Khan. This time, Suhana and Aryan are giving weird expressions for the camera. At the same time, Shahrukh Khan was also happy with his children.

Suhana Khan gave a beautiful caption with this photo in which she said that she loves her father and brother very much. Suhana wrote the film ‘I Love You’. Fans love this movie with Aryan and Suhana with Shahrukh Khan.