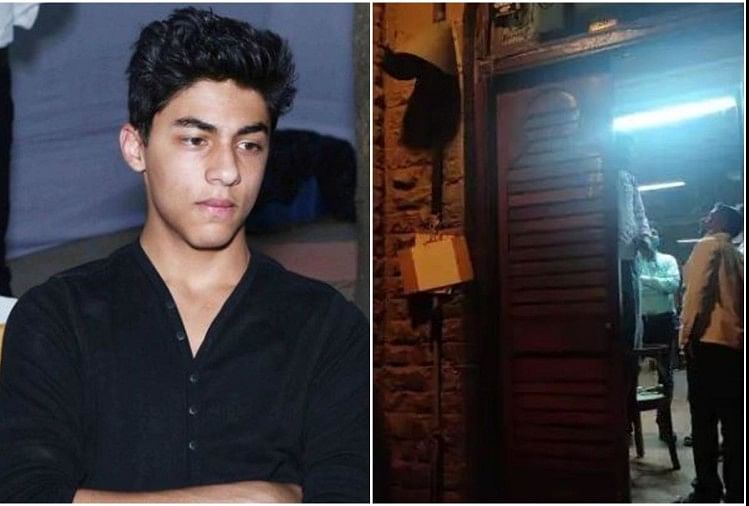 Shah Rukh Khan’s son Aryan Khan is in judicial custody in the Mumbai Cruise Drugs case. Aryan Khan approached the Bombay High Court after his bail petition was rejected in the Sessions Court and the matter was heard on October 26. However, Aryan was not granted bail even yesterday. His bail petition is coming up for hearing today. There is a lot of talk these days about Shah Rukh Khan’s son.

The court room doors were smashed by the mob

Meanwhile, a picture came out of the court, which surprised everyone. In fact in one picture the court doors appear to have been smashed. During the hearing on Aryan Khan’s bail petition, it was said that such a large number of people had gathered inside and outside and the court hall was filled with people. The court doors were smashed. The case is being investigated by NW Sambray and he also left the room for some time for the police to evacuate the people from the room.

The courtrooms are located on the first floor of the High Court building where the Aryan bail petition is being heard. An army of lawyers and media reporters gathered in this room. Aryan Khan case number 57. At the same time, a large number of people gathered in the court hall for the hearing of this petition, after which the judge asked the staff to remove the lawyers who were not serious about the cases.

The judge did not say whether the corona rules were also being complied with due to this congestion. Many lawyers and media reporters were fired after that. At four o’clock in the evening a large number of people gathered in court and Aryan lawyer Mukul Rahatogi found it difficult to hear his arguments due to the noise several times. The court room door was also smashed after this, which was fixed for today’s hearing.

Aryan Khan was jailed for 18 days. Aryan has been lodged in the Arthur Road Jail in Mumbai since October 8 in this case. He is accused of possessing and using drugs under the NDPS Act. Mukul Rohatgi, counsel for Aryan Khan, concluded his arguments yesterday. Mukul Rohatgi made it clear in his arguments that he had no complaint against anyone from the NCB or the prosecution. “We are standing here and I think this is an appropriate case for bail,” he said. Mukul Rohatgi said he had nothing to do with the absurd controversy.

Aryan advocates Mukul Rohatgi and Satish Manshinde argued that Aryan’s arrest was wrong during the trial before a bench comprising Justice NW Sambre. He has nothing to do with this so-called conspiracy. The NCB has no evidence that Aryan took drugs. Judgment will now be handed down at a hearing on Wednesday. If no decision is taken in the case till Friday, Aryan will have to celebrate this Diwali in jail.