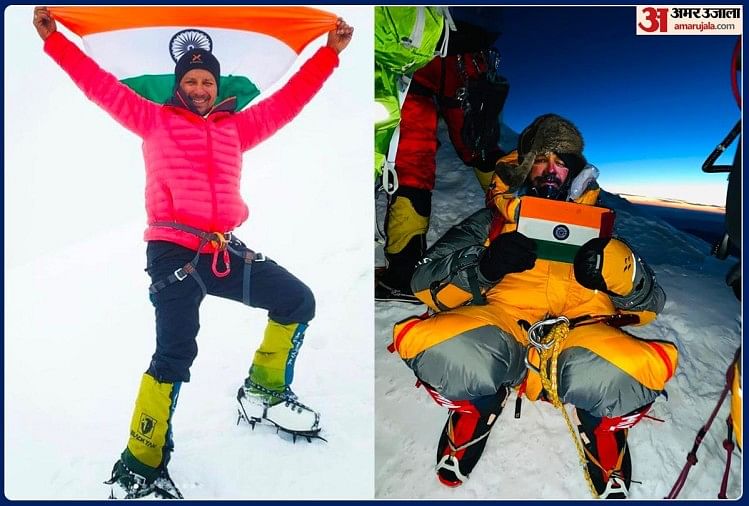 If you want to move forward in life and achieve higher status, you have to leave the comfort zone of your life. All your efforts will not be successful without leaving the comfort zone. This is a bitter truth. It has to do with Lieutenant Colonel Romil Bartwall who conquered the highest peak in the world, Mount Everest.

Lieutenant Colonel Romil Bertwal arrived at Amar Ujala’s office on Thursday. Here during the Amar Ujala Dialogue Program, he shared life management and success tips based on his personal experiences. Romil Bartwell, who joined the Army in 1994 as a cadet at the National Defense Academy in Khadakwasla, led 10 major mountaineering expeditions. He retired as an officer from the Paratroops, Special Forces of the Indian Army. He currently runs his own organization for mountaineering promotion and awareness.

Romil is also an alumnus of IIT Kharagpur and IIM Lucknow. In May 2019 he led his team to climb the highest peak in the world, Everest. Lieutenant Colonel Romil Bartwall is not only an accomplished speaker, sprinter and cyclist, but also a Boston Marathoner, Half Ironman podium finisher, La Ultra 111km non Ladakhi record holder, 24h 185km runner record.

During the conversation with Amar Ujala, Lieutenant Colonel Romil Bertwal shared many thrilling experiences related to his mountaineering and also told stories. Questions were also answered. Let’s find out –

The average student during school hours

Lieutenant Colonel Romil Bartwal was educated at Sardar Patel College, Lodhi Estate, Delhi. He said that he was an average student till he went to school. He earned a lot from this school. Attended a different school until 10th grade. There he lived in the top-3. When Sardar Patel came to school, there was a lot of competition here. I’m not only in the top-3, but also in the bottom-3. I used to live in my comfort zone, but when I got here, I knew I had to work very hard.

If you do not get admission in engineering, NDA has reached

Romil said that after passing Class XII, Jag had appeared for many entrance exams in engineering and if he did not get admission, he would have turned to NDA. Had to work very hard in NDA. There they learned rigorous discipline, an emphasis on physical fitness, and being mentally prepared for challenges. But even there he passed with the Third Class. But life knocked the same. After that I joined IIT Kharagpur for Masters.

The slope of the earth is visible from Mount Everest

Romil said of the experience of reaching the summit of Everest that we saw the sunrise there. At that time we saw the curve of the earth, which is not usually visible because the earth appears flat. There is a shortage of oxygen, so there should not be much movement. Should save energy. Take photos there and start preparations to be back in two-five minutes. It is dangerous to be active for long periods of time.

They say mental and physical strength is very important for mountaineering. Two oxygen cylinders, two goggles and a weight of about 18-20 kg go together. We are emotionally drained by the challenges and dangers we face along the way. We must continue to motivate ourselves. If the leader is frustrated, what is the situation of the team? Even if we cannot do multi-tasking, we should focus on the same task.