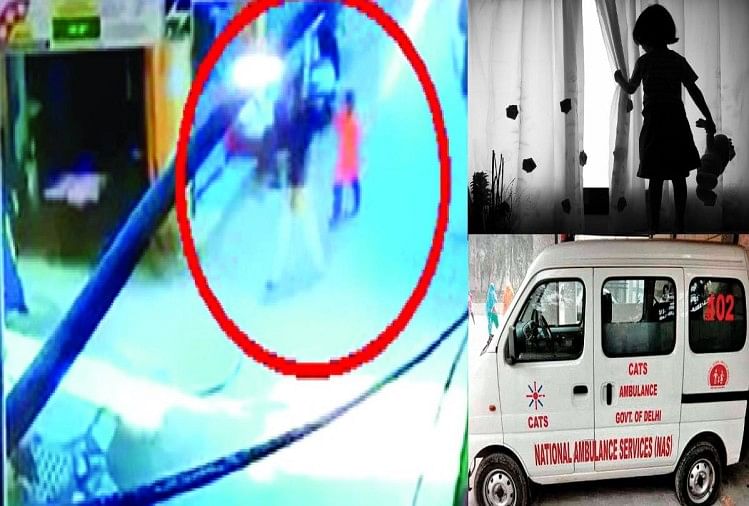 Her father wandered around the leading hospitals in Delhi for about two and a half hours, groaning innocently with the pain of rape, but without treatment, he was advised to be taken to another hospital everywhere. From Sardar Patel Hospital to Lady Hardinge Hospital, then to Kalavati, then to Lady Hardinge …, she took her baby girl in a pool of blood and she traveled by ambulance about 15 km between these hospitals in New Delhi and Central Delhi. . Eventually he was able to enroll his daughter in Ram Manohar Lohia. The condition of the innocents admitted to the ICU even after 36 hours was critical. Meanwhile, the Central District Special Staff and AATS team arrested the accused from Kalnaur in Rohtak district.

Father Boruna cried on Saturday when asked what the child’s health was. He lamented that his wife had reported the incident to the area around 10.30am on Friday. Runs home. Crowds gathered outside the house. Tears welled up in the daughter’s eyes as she looked at the situation. The girl was covered in blood. Meanwhile, someone informed the police and ambulance about the incident. As soon as the ambulance reached the scene, he took the girl and rushed her to the hospital.

According to his father, Patel reached the hospital at 11 am. There the girl’s father was told that the girl could not be treated here, for which she would have to go to Lady Hardinge Hospital. At this point, he was talking to the people there, about the child’s age, the pain, and he didn’t care. Exhausted, Lady Hardinge arrived at the hospital around 12 p.m. The children there were told that there was no healing here. In addition, Kalavati was advised to go to the hospital.

Upon reaching the art gallery, the girl’s father was told that the area involved in the case was not being treated at the hospital. He asked to go back to Lady Hardinge. Meanwhile the girl is crying in pain. The father, holding his baby’s head, brought it back to Lady Hardinge Hospital. From there Ram Manohar was advised to be taken to Lohia Hospital.

At around 1:30 pm, the father reached Ram Manohar Lohia Hospital with his child and begged for admission. The girl was admitted to the hospital. First, the girl underwent first aid to stabilize and then after operating on the girl at 6pm, she was sent to the intensive care unit at 11:00 pm. His condition there was stable, but still toxic.

. From Sardar Patel Hospital to Lady Harding Hospital: About 8.8 km

. From Lady Hardinge Hospital to Kalavati Hospital: About 5.50 km

. It is about 2.5 km from Lady Hardinge to Ram Manohar Lohia Hospital