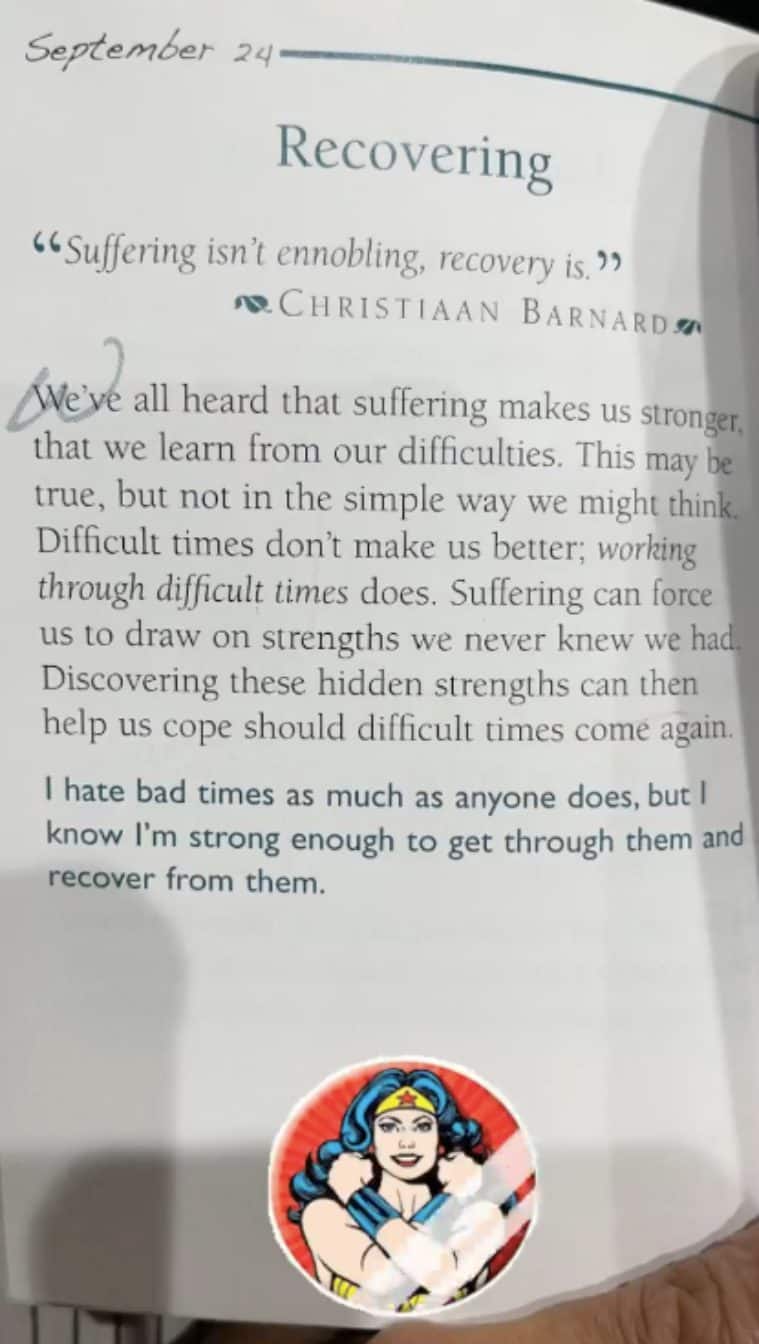 In her latest Instagram post, Shetty emphasized “how working in difficult times improves us”. She shared a quote she read, “We have all heard that the suffering we learn from our hardships strengthens us even more. This may be true, but not in the way we think. Difficult times do not bring us back; Works in difficult times. Suffering forces us to gain strength we do not know. Discovering this hidden strength can help us to deal with difficult times. “

She says, “I hate bad times more than anyone, but I know I’m strong enough to overcome them and recover from them.” Shetty used the Wonder Woman sticker along with the coat.

After the release, Shetty shared an inspiring quote, “There are always moments that push you to the ground. At times like these, I really believe that if you fall seven times, you will become strong enough to stand back eight times. This growth will require you a lot of courage, fortitude, willpower and strength in the most difficult moments.

Shilpa Shetty remained silent for a month in the case. Then she Released a statement In it she stated that she was not commenting on the Raj Kundra case, that the matter was deep and that the family was doing their part to overcome this difficult stage in their lives.

Currently, the actor appears as a judge on the dance reality show, Super Dancer 4.. She also takes a chair Judge on India’s Got Talent Show.