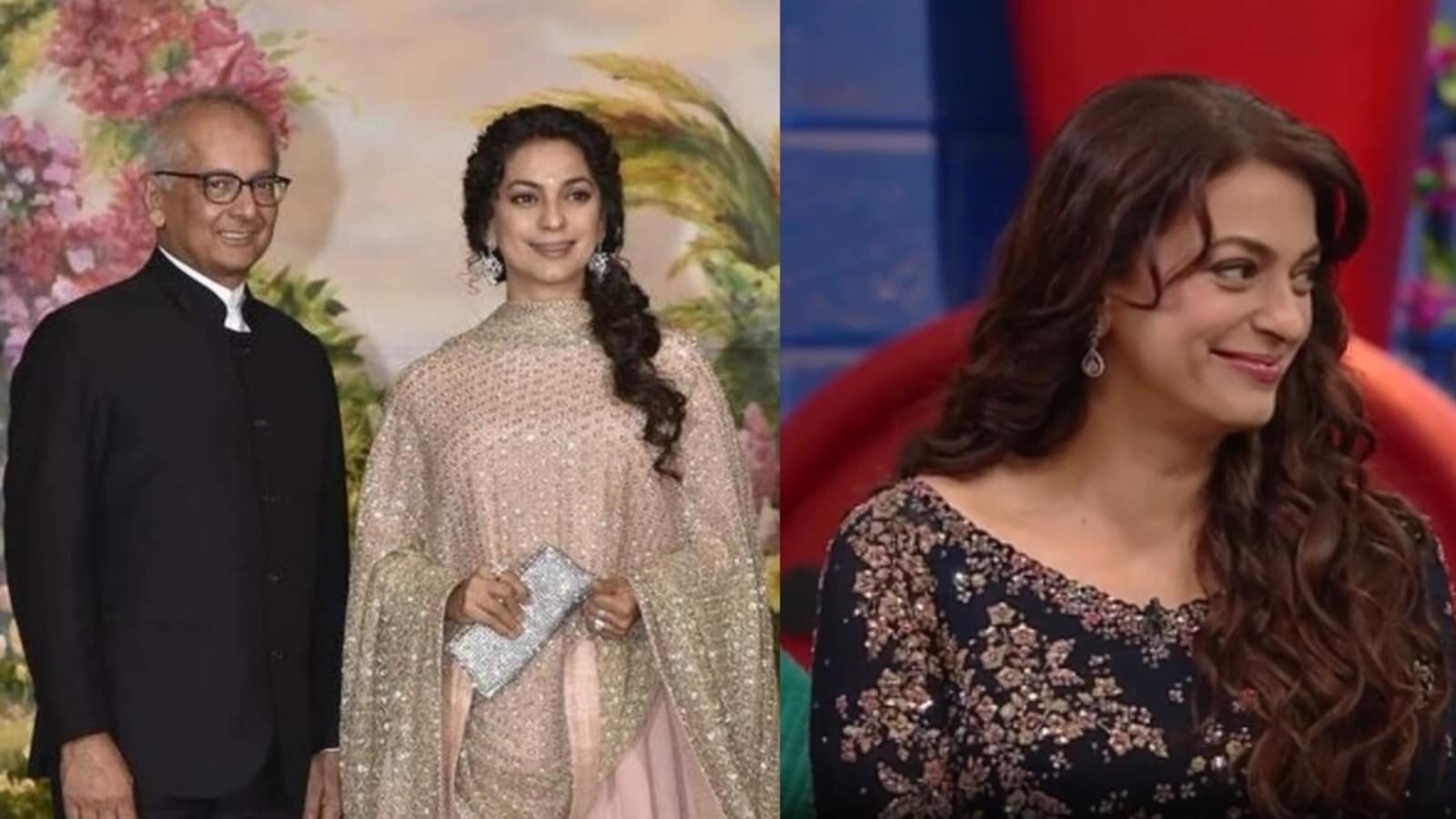 Juhi Chawla could not help but be ashamed when asked how she and her husband, businessman Jay Mehta fell in love. The actor married Jaini in 1996 and has two children – a daughter named Janhavi and a son named Arjun.

Dr. Sanket Bhosale, who appeared on the Zee comedy show, accepted his offer and told Juhi that he had read about Jay attracting him with flowers a year before he started dating. When asked to explain their love story, Juhi could not hide his face.

Farah Khan, who was present at the event, was amazed to see Juhi turn red. “Shame kar rahe ho aap mujhe (you are bothering me),” Juhi tried to look away from Farah and Sanket.

“Bahut purani baat hai, ye kya … (this is an old incident)” Juhi said. However, Sanket insisted. “To kya hua, naye tarike se batao (so, say it in a new way)” he parted with Juhi. “Yes, you are right. He used to send me flowers and cards every day of the year. But I realized where these flowers are coming from. He has a flower factory,” she said in Hindi.

Also at Sanket Farah, she jokingly said that her husband Shirish Kunder fell on her feet and threatened her a year ago and agreed to marry her.

In the episode, Farah and Juhi also talked about their bond with Shah Rukh Khan. Juhi described an incident where Shah Rukh did not adhere to timeliness. She said she invited him for a party that started at 11pm. Shah Rukh told her that he would be a little late and after the party was over and she fell asleep, the actor reached her house at 2:30 am.

“I told him to come at 11pm, but he said he would come a little late. Eventually, he arrived after 2.30am, by the time the staff was gone and I was asleep. The food was also gone, everyone went home, then he arrived,” she said.