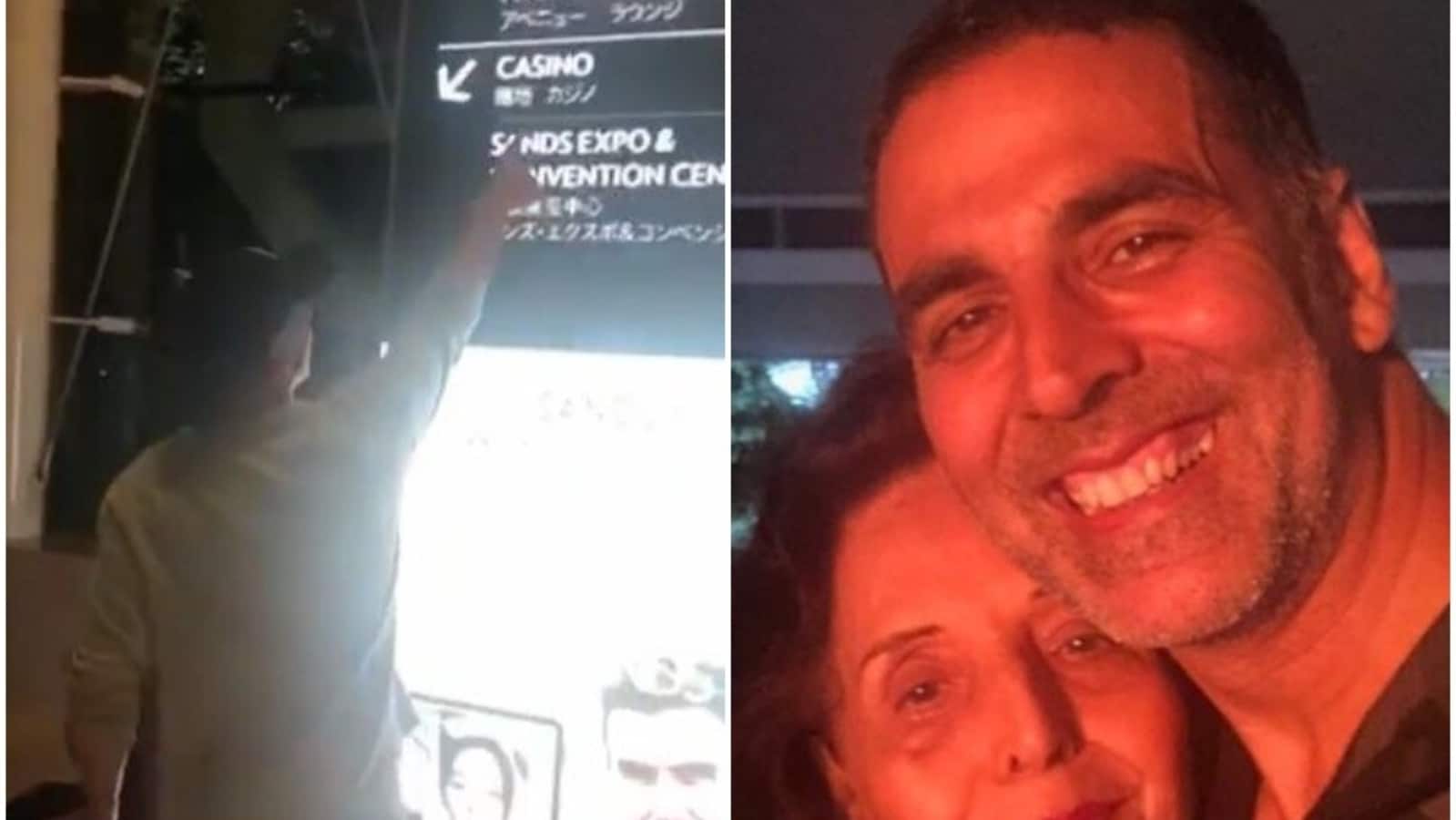 Actor Akshay Kumar, who lost his mother Aruna Bhatia on Wednesday, once shared a video in which he celebrated her birthday by taking her to a place she loved most, a casino.

Last January, for her birthday, the actor took to his Instagram account and shared a video of him driving his mother towards a casino in Singapore. The video, filmed behind them, showed Akshay passing through a sign with the word ‘Casino’ written on it. Once, when Akshay turned the wheelchair to the left, he stopped near the sign and pointed to the text.

While sharing the video, Akshay wrote, “Do more of what you love to do and that is exactly what the birthday girl did. I spent the past week in Singapore taking her mother to her favorite place in the whole world: the casino.”

While Akshay has always been conservative about sharing family photos on social media, over the years, he has shared photos and videos with his late mother. On Mother’s Day in May 2020, he shared a photo with his sister Alka and their mother and wrote: “Even in this day and age, you’re the only one who can comfort me with a hand on my head in tough times because I know there’s nothing I can’t do with your blessings, Mom.” Eid said’s mother.”

Likewise, on International Yoga Day in 2019, he shared a photo of his mother practicing yoga and motivated everyone to start practicing yoga because it was ‘never too late’.

In an interview with Hindustan Times in 2015, Aruna also talked about her son and recalled memories from his childhood. She mentioned how he was “the beginning of trouble” but he also cared his own way. “He was the troublemaker on our street, the naughtiest boy at school.”

She mentioned how he would help her with the dishes because they don’t have maids. “We didn’t get any help at home when he was a boy, so he would help me wash the dishes, clean the clothes and keep the house running, as we couldn’t afford help around the house in those days. So behind his beaming smile was a heart of gold. He was so naughty , but he’s always cute,” she said.

Akshay has a string of films in the pipeline, including Prithiviraj, Sooryavanshi, Bachchan Pandey, Atrangi Re, Ram Setu and Raksha Bandhan.