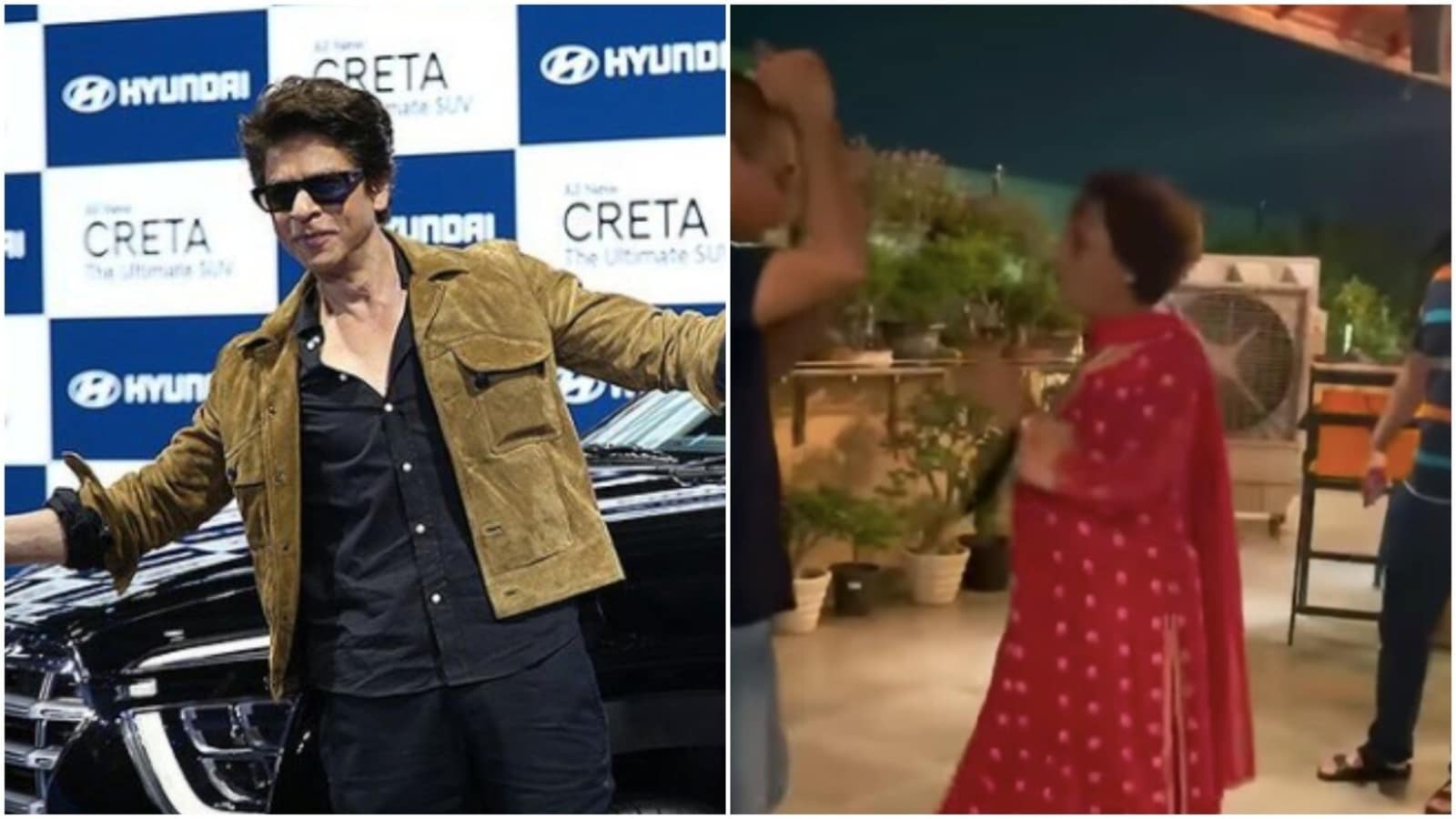 Actor SRK rarely talks to his family on social media, but when he does, it’s always funny. On Thursday, Shahrukh responded to a video posted by his wife Gauri Khan, marking her mother’s birthday.

“No one can match your steps…Happy Birthday Mum…” Gauri wrote in her Instagram and Twitter posts, sharing a video of her mother dancing to the song Daddy Cool. Shahrukh quoted Gauri’s video on Twitter, writing, “Hmmm need to take dance lessons from the mother-in-law.”

In a previous interview, Gauri revealed that the family’s home in Mumbai, Manat, is being remotely controlled by her mother from Delhi. “My mum in Delhi has been controlling most of my organization remotely. She is on the hotline with the staff, pictures sway back and forth, WhatsApp messages… ‘This space is filthy and this needs a complete cleaning, this needs sanitizing’ and everything that happens,” Gauri said. To NDTV: “It keeps it busy and it keeps my staff in check.”

“I learned a lot from her, she basically deals with my house through the remote control, via messages and phone calls. She has been a big helping hand,” she added.

Meanwhile, Shah Rukh is reportedly working on two back-to-back projects. While neither of them has been officially announced, Shah Rukh recently filmed Siddharth Anand Patan Atley’s untitled movie. He was last seen on the big screen in Zero, directed by Aanand L Rai, after which he has been kept busy with projects produced through his Red Chillies Entertainment banner.