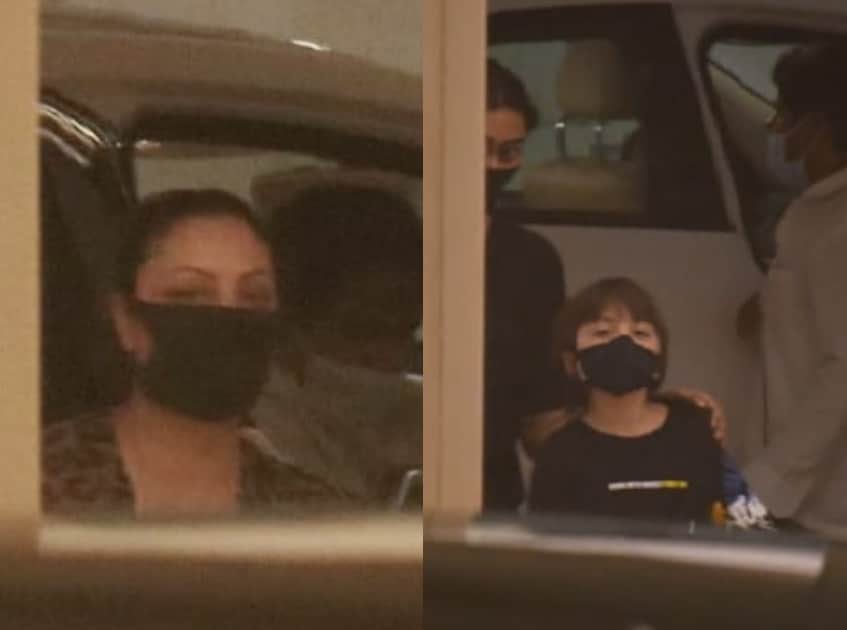 Gauri Khan was seen outside on Sunday with her youngest son Abram by her side. The interior designer and wife of actor Shah Rukh Khan wore an animal print T-shirt while Abram wore a black T-shirt.

The mother and son duo were spotted on their way to Karan Johar’s house. The paparazzi got a glimpse of AbRam nearly six months later. In March of this year, AbRam and Gauri were spotted at the Gateway of India.

Although AbRam is among the popular child stars of today, he has been keeping away from the cameras in recent years. At Aaradia Bachchan’s birthday party in 2018, Abram shouted, ‘No pictures’ to the paparazzi waiting for him. In 2019, he covered his face while leaving the airport with his father Shahrukh.

Meanwhile, pictures of Shahrukh have been shared with Metro Pune staff through online fan accounts. The actor is said to be in town for shooting his upcoming movie with Tamil director Atli. In the pictures, Shah Rukh was dressed in an all-black outfit and was surrounded by the staff. He was also photographed giving autographs.

Shahrukh has been very silent about his upcoming projects. The actor was last seen in Zero, which was released in 2018. The film did not do well at the box office. Although SRK is expected to be back with YRF’s Patan, the actor has yet to make an official announcement.

On the other hand, Gauri has recently made headlines for her work on a luxury home project. The film producer – interior designer has designed apartments in Trump Towers in Mumbai and recently photos of the interiors have been shared on the internet.

Last month, Gauri took to Instagram to share a photo of her taking the Trump Towers logo. She said, “My latest collaboration with Lodha creates a one-of-a-kind luxury experience that will redefine the paradigms of elegance and luxury.”