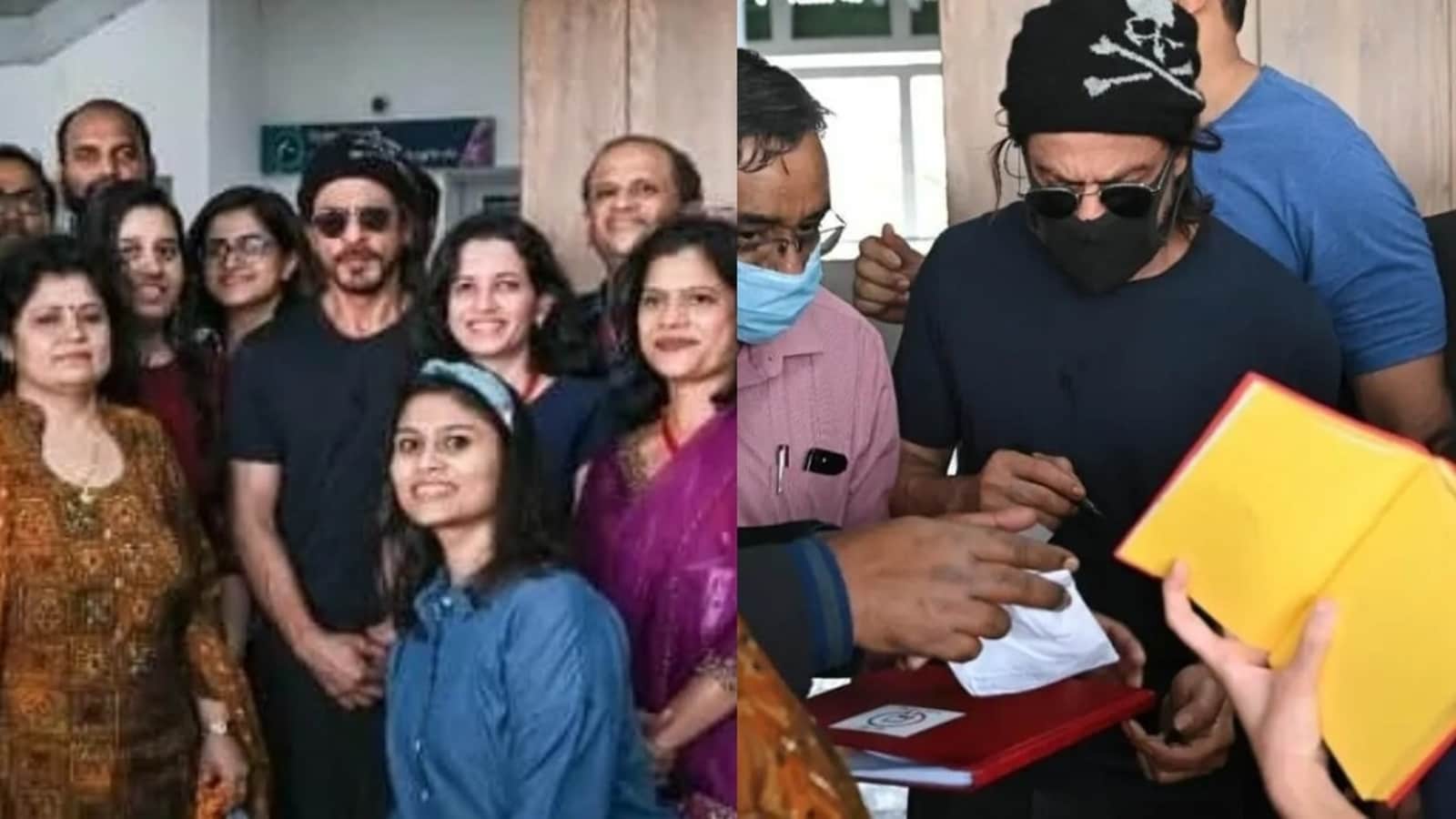 SRK is said to be shooting his next movie with director Atli in Pune. Photos of the actor with Pune Metro employees appeared on the Internet.

Although SRK has yet to confirm, pictures from Pune have hinted that the actor is in town and shooting his next movie with Tamil director Atli. Earlier this week, reports started making the rounds that Shah Rukh is heading to Pune for the shooting of the movie.

In the photos shared by fan accounts, Shah Rukh was dressed in an all-black outfit and was taken with Pune Metro staff. His hair was covered while he was wearing sunglasses in the photo and a mask. Shahrukh was also photographed giving autographs.

On Saturday, blurry photos of Shah Rukh on the platform of a metro station in Pune surfaced online. Although the actor’s face was not clearly visible, fans indicated that he was the actor, surrounded by his team.

For a while now, there have been rumors about SRK’s collaboration with Attlee. In October 2019, at a Ask Me Anything (AMA) session on Twitter, Atli was asked about working with SRK. The director said, “I have a great deal of love and respect for my master #SRK and he loves my work too. Soon, we hope to do something about it.”

Within a few weeks, Attlee’s wife, Priya Mohan, shared a photo of the couple with Shahrukh, sparking speculation about their work together. The film is also said to star Nayantara.

Shahrukh has not officially announced a movie since Zero was released. Directed by Aanand L Rai appeared on screens in December 2018 and was criticized by critics. The film also failed at the box office. Since then Shah Rukh has been very silent about his upcoming projects.

Besides Atlee’s movie, Shahrukh is also set to appear in Pathan. Supported by Yash Raj Films, the film also stars Deepika Padukone and John Abraham, and is directed by Siddharth Anand.